Do you want more aviation news and notes from Plane & Pilot? Sign up for our newsletter!

Update: The amendment that proposed the liberalization of the FAA’s ride-sharing rules and the economics of it that raised our attention was short-lived. The amendment was not included in the House bill that was approved late last week. Still, the last minute inclusion of the amendment, along with the Bill Shuster-backed amendment changing the organizational status of ATC (which likewise was abandoned) shows the importance of legislative vigilance. The Politico Morning Transportation newsletter was the first outlet to spot the amendment that would have changed the ride sharing rules. Plane & Pilot was to our knowledge the only aviation outlet that has raised a concern about it.

The context for the proposal is important, too. It follows on the failure a couple of years ago of a couple of internet startups, Flytenow and AirPooler, to create just such private-pilot operated flight sharing operations. The FAA effectively dropped the hammer on such schemes when it subjected them to regular Part 135 rules, which are complex and expensive to adhere to, and the Supreme Court in January of 2017 declined to hear the case. The amendment to the current FAA reauthorization bill would have required the FAA to allow the use of electronic advertising of ride sharing and the reduction in the share the pilot of such flights has to pay, effectively allowing private flyers to in essence charge passengers for trips without a Part 135 certificate and without any increased maintenance or pilot currency or experience requirements beyond those that private pilots abide by when they fly on their own.

Plane & Pilot believes that operations that hold themselves out to provide air transportation to the public should be held to a much higher standard than the lax ones under which similar automobile sharing services operate.

Here’s the text of the failed amendment.

Below is our original coverage:

Uber for light planes? It might be happening. Contained in the FAA reauthorization bill currently speeding its way through Congress is a little noticed provision that would change the charter game completely. The rider would allow pilots to advertise for cost sharing rides on any media they so desire—a couple of years ago the FAA nixed the idea of advertising such rides online while okaying the practice when done on actual bulletin boards, though the reasoning behind that stand is unclear to anyone but the FAA, who hasn’t offered a justification for the ruling. 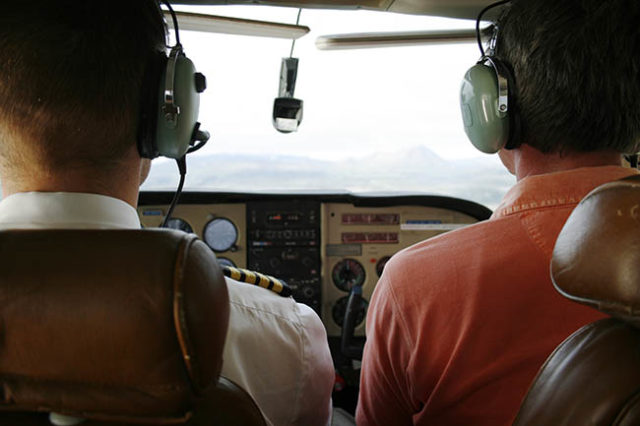 The new provision would effectively allow private pilots to post ride share notices online, which would in theory open up the market to companies wanting to enlist pilots in a money making endeavor.

The money behind it could be real, again thanks to the proposed amendment, which would allow pilots to take more than their “pro rata” share for flight expenses. In other words, pilots wouldn’t have to pay their share but charge costs to their newfound passengers, presumably with the online rideshare company getting a cut.

If all of this sounds like the way Part 135 Charter, works, well, yeah, it does to us too. On demand charter is heavily regulated, the idea being to protect the public from flying with any off-the-shelf private pilot regardless of experience or IFR abilities or even without any thought to the maintenance status of the plane, save its already mandated annual maintenance checkup.

FAA reauthorization is expected to zip through both chambers as early as next week. If this amendment makes it to the final bill, expect to hear a lot more about it then, and not just from Plane & Pilot.