The FAA announced earlier this week that the Part 23 Rewrite has taken effect. This means that the rule, which gives manufacturers leeway to employ what are known as consensus standards to meet airworthiness standards instead of the FAA’s prescriptive rules. Those rules have been set in stone for decades now, and the oddest thing about them is that they are one standard for every Part 23 airplane, whether it’s a Cessna CitationJet or a Cessna Skyhawk. Perhaps the biggest effect of the new rule is that it will differentiate between aircraft within Part 23, a distinction that will allow makers of planes that are sub-250-knot models to use industry standards. The effect will likely be a far cheaper certification process for these aircraft makers, hopefully without any decrease in safety.

If new airplane prices were on the verge of affordable for a much larger piece of the potential market (pilots who want a nicer plane), then the new rule might have been a game changer. But this is not the case. Existing models of new planes aren’t selling fast because there are only so many people with the financial ability to pay for a half- or three-quarter-million-dollar plane. And I don’t see anything in the new rule that will cut down on the expenses of buying components and finishing materials—engines, props, tires, electronics, wiring, paint, upholstery, plastics—or cut down on the need to buy and fabricate lots of metal or composite components. All of those costs will be unaffected by the rule, so that won’t affect the bottom line. The thing that will affect the cost of producing new planes is the lower cost of compliance, which represents a sizable chunk of the whole, though how much is hard to say..

The other plus will be in the development of planes that use outside-the-box technologies. Why can’t a new four-seater come out built with new materials, utilizing innovative un-certified avionics, and perhaps a whole-airplane recovery parachute system? In essence, for small planes, Part 23 could be very much like Light Sport’s big brother. And by looking at LSA sales, we know pretty much how much those planes will cost: A four seater using these innovative certification and design approaches will cost $250,000 and up. That’s not cheap, but it’s a lot less than many traditionally certificated planes are going for today. Don’t misunderstand me. I hope that I’m wrong, that a slew of new manufacturers arises, putting out cutting-edge models that will go for $150,000 a copy or less. If that happens, we could see a change in the little airplane game yet, with lots of new, lower cost models. That’s a change we’d all like to see. Fingers crossed. 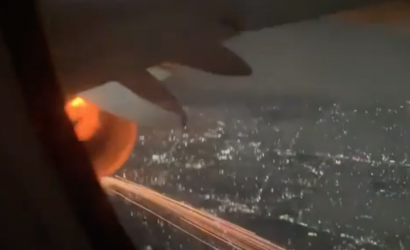