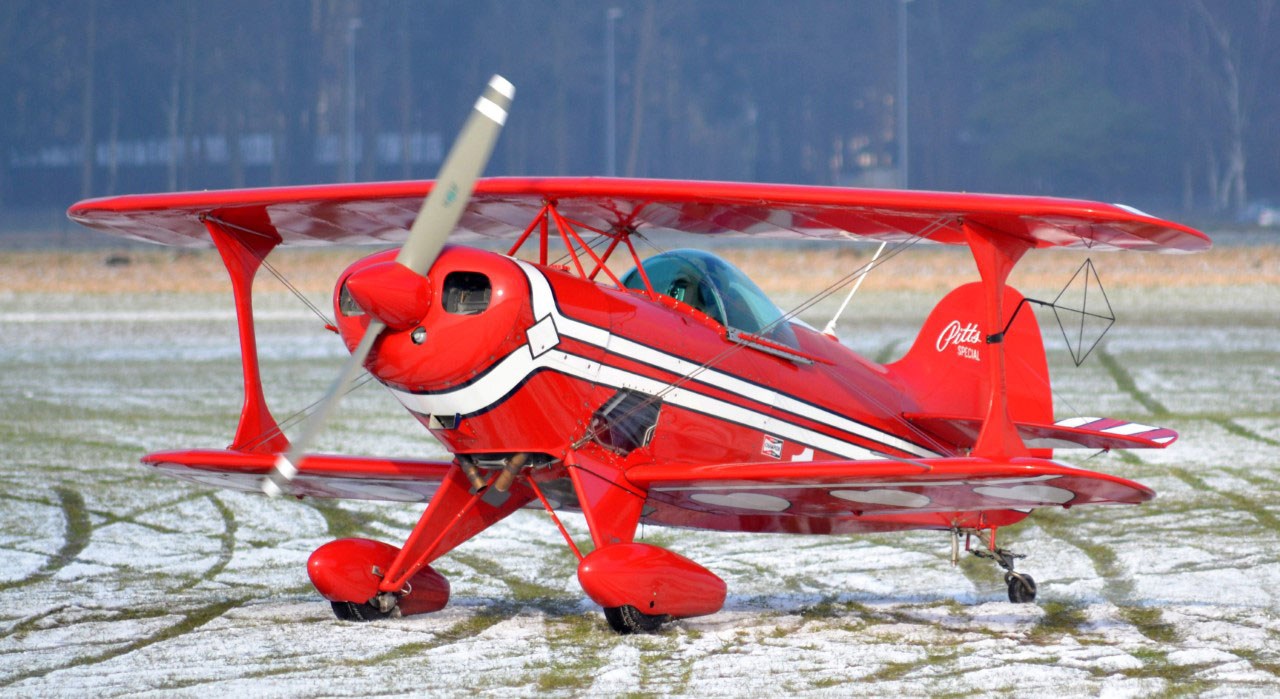 When Curtis Pitts’ scrappy biplane took to the air in 1945, it was a vastly different machine from the aerobatic competitors and airshow performers of today. With two ailerons fitted to flat-bottom wings and a C-85 on the nose, it flew well, but in a familiar pattern of bigger-faster-more powerful, the Pitts grew over the years. In 1962, Pitts offered S-1C plans for those who wanted a Pitts Special of their very own, and that design is still popular—if not especially competitive—today. Welded steel structures make up the fuselage and tailfeathers, but the wings are a work of wooden art. With a mixture of stick-built ribs and plywood sheeting, the basic structure is stronger than the average aerobatic pilot could ever need. Various models of the Pitts have been stretched to two seats, fitted with four- and six-cylinder Lycoming engines, and the Pitts Model 12 packs a massive Russian Vedeneyev M-14 radial engine that produces 375 horsepower stock but has been tuned up past 450 horsepower by some operators.

Pitts’ ground handling is the stuff of Saturday-morning hangar flying gold at your local FBO, but most of the horror tales come from poorly built or repaired aircraft, or from pilots who have never actually flown the design. Pitts owners report the ground handling as plenty manageable. “It only does what you tell it to do,” is a common refrain. That said, there are plenty of instructors offering Pitts-specific instruction, and a couple grand spent with a CFI is a lot cheaper than a prop strike inspection and rebuilding a wingtip.

Plans for the S-1C and S-1S are still available through Steen Aero Lab, and flying copies are always for sale, ranging from sub-$20,000 to $40,000. The S-1T, a factory-built and certified bird, demands a premium, as do two-seat S-2 designs.