In 2018, Bose debuted a fairly radical departure from its prior designs. Seeking to edge into the headset market for professional pilots, the company debuted a ProFlight headset that did away with bulky, somewhat heavy earcups and went for a lighter in-ear setup. While the in-ear setup has a loyal following with users of Clarity Aloft, Lightspeed Mach 1 and Plantronics headsets, Bose’s design incorporates their award-winning active noise reduction technology.

The idea was great; the execution, not so much. That first-gen version, while promising, had a number of issues. Pilots complained about the design’s headband and earpieces being uncomfortable for long flights. The first ProFlight headsets were lighter than a pair of A20s but still heavier than the industry-standard Telex headset. Also sporting a thick, cumbersome cord, the design struggled in the market.

The ProFlight Series 2 headsets incorporate feedback from the field and feature significant improvements. Now weighing in at 4.5 ounces, Bose’s ProFlight Series 2 is only half an ounce heavier than the Telex Airman 850. The changes go much deeper than a crash diet, though.

The microphone and cable can be swapped from left to right without tools—a handy feature for anyone who doesn’t always sit in the same seat. Because the cable is thinner and more flexible now, it doesn’t disturb the headset when moving your head, as in the previous iteration. The control module offers three levels of digital noise reduction. Low offers minimal reduction in background noise. Medium filters out more noise but leaves a slight base rumble. The high level of noise reduction reduces the noise, too, and even works well enough in the cabin of a piston single-engine aircraft. We reviewed it in a Mooney M20C and an Airbus 320. Medium noise reduction worked great in the jet; the Mooney demanded the highest noise reduction.

An included silicone band and d-ring provide a handy mechanism for hanging the control box in the flight deck, so it’s not dangling and swaying in turbulence.

A number of conversations on the flight deck happen outside the intercom system. With traditional headsets, pilots would push one earcup off the ear and converse normally; an in-ear headset makes that awkward, as you’d be inserting and removing the earpiece. Bose’s solution is a quick double-tap to minimize noise reduction in the applicable earpiece. Tap it again to restore the selected noise reduction.

Because there are no earcups, there is no seal around the ear to be interfered with for bespectacled aviators. Anyone who wears glasses full-time will recognize this as a giant plus for the design.

Many other in-ear designs have used round ear inserts; the ProFlight 2 has molded silicone bits that are directional, with a lobe to match the curve of your ear. The first couple times you don this headset will take a moment; by the third day, it’ll become routine. ProFlight pro-tip: The wire into the earpiece exits forward when you insert the pieces. Also, try all three sizes of ear inserts for more than a moment. The inside of your ears may be smaller than you imagined.

There are still a few shortcomings, though. The control box has volume adjustments for Bluetooth input but not for the audio coming from the aircraft—you’ll run that from the audio panel. And just to be clear, this headset is not really for piston aircraft. They are designed with pilots of jets in mind.

The carrying case is slimmer than that of an A20, but to make it fit, you rotate two headset pads, and a diagram suggests an orderly pattern to wrap the cables. When you’ve had a very long day, and you just want to get to the hotel, there’s a temptation to just try to make it fit in a hurry.

The Bose ProFlight 2 is available from multiple retailers for $995 without Bluetooth or $1,045 with Bluetooth. In addition to two-pin general aviation plugs, LEMO and XLR Plugs are available, which can power the headset depending on the aircraft configuration. www.bose.com.

What Are the Best Aviation Headsets of 2020? 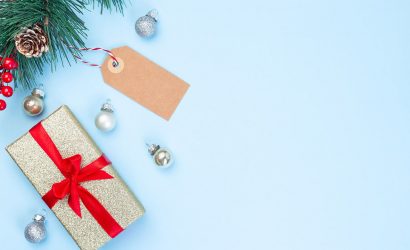 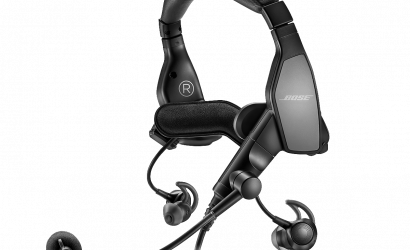