Much has been made of the longevity of the legendary DC-3 and the ageless C-130 and B-52. However, one overlooked icon in this group is a general aviation-inspired jet that taught pilots to fly for over 50 years! The year is 1952, and the U.S. Air Force is in the middle of a transition into the Jet Age. However, pilots brought up on more forgiving seat-of-the-pants trainers like the venerable AT-6 Texan are not prepared for the speeds and altitudes envisioned in the new all-jet Air Force.

But who to turn to for this new basic trainer? As it turns out, Cessna Aircraft, which had a growing reputation for producing reliable, sturdy and docile training and observation aircraft, answered the call. The specification for the “Trainer Experimental” (TX) program called for a two-seat, jet-powered, basic-training aircraft that would be easy to maintain, strong enough to withstand the punishment meted out by student pilots, and forgiving of their inevitable mistakes.

Cessna’s design for the TX program, the XT-37, called for a compact monoplane with a cruciform tail, powered by two Continental J69 turbojets. Originally produced under license from the French aerospace company Turbomeca, these J69s were compact, reliable and eventually generated approximately 1,000 pounds of thrust each. However, the J69 had a centrifugal flow compressor section, similar to the original Whittle turbojets and the sirens used by fire departments. The little jet produced an unforgettable high-pitched whine, especially as the power was increased out of idle, giving rise to the T-37’s moniker, the “6,000-pound dog whistle.”

A critical requirement was that the new jet trainer be able to spin and recover, no mean feat at a time when most jet aircraft were susceptible to engine flameout, flat spins or unrecoverable rotations if spun. Using its general aviation experience, Cessna approached this problem by equipping the XT-37 prototype with stubby straight wings and a cruciform tail that would remain effective in the spin cycle. Even with these design features, the original prototype crashed during spin testing. As a result, long spin strakes were added on each side of the nose, the tail enlarged and the problem solved.

The Tweet, as it would come to be known, weighed in at 6,500 pounds and sat on a retractable landing gear set a whopping 14 feet apart. The instructor and student sat side by side in ejection seats under a clear canopy!

The airplane that emerged, referred to by Cessna as the Model 318, was similar in size to the typical piston-engine single. It had a wingspan of 33 feet and a length of 29 feet and was 9 feet tall at the tail. The Tweet, as it would come to be known, weighed in at 6,500 pounds and sat on a retractable landing gear set a whopping 14 feet apart. The instructor and student sat side by side in ejection seats under a clear canopy!

The result: a jet aircraft that pilots with a few hours of flight screening time in their logbooks could solo in less than 15 hours. It was fully aerobatic and IFR equipped. Budding U.S. Air Force and NATO pilots would spend nearly 90 flight hours in the Tweety Bird while mastering aerobatics, earning their IFR rating, and becoming formation qualified. The T-37 would take all the abuse that students could mete out and was very forgiving of errors, and the side-by-side seating provided an excellent working environment for instructors and students. The T-37 was produced in several variants for nearly 20 years, with the fleet eventually numbering over 1,200 strong. All the USAF versions were eventually modified to the T-37B specification.

However, during the Vietnam War, a call went out for a light attack aircraft that could be exported to allies. The A-37 Dragonfly, as it was called, took the basic T-37 airframe, shoehorned 2,800-pound thrust J-85 Axial Flow turbojets from the T-38 Talon and added tip tanks, hardpoints and an internal minigun. Maximum takeoff weight increased dramatically from 6,500 pounds to 14,000 pounds, and its service ceiling increased from 35,000 feet to 41,000 feet. Nearly 600 A-37B “Super Tweets,” as they were often called, were operated by USAF active and reserve units as well as several South American countries, South Korea, Thailand and, of course, south Vietnam.

From its introduction in 1956 until the last T-37 was retired in 2009, the Tweet was the primary trainer for Air Force pilots. For those who flew it, it’s an unforgettable bird.

It had its shortcomings, though. While the T-37 boasted a service ceiling of 35,000 feet, it was limited by regulation to 25,000 feet by its unpressurized cockpit. A very capable aerobatic performer, if a little underpowered, the Tweet could perform beautiful loops, rolls and Cuban Eights in the hands of students with barely 30 hours in their logbooks. As an instrument platform, the 1950 vintage instruments, including the venerable J8 attitude indicator, would seem a bit antique today. However, by the time pilots moved on to the Supersonic T-38 Talon, they had a solid base in basic and advanced instrument flying.

The one feature that every pilot who flew the T-37 remembers was the spins. Unlike the spins familiarization training administered to Certified Flight Instructors today, T-37 student pilots were trained to enter and recover from a multitude of attitudes and enter and recover from spins on their check rides. And the Tweet was up to the task. However, unlike modern spin recovery techniques, the T-37 pilot’s first two action items were to pull the throttles to idle and the stick abruptly full aft. This would recover the Tweet from an inadvertent inverted spin and then allow the pilot to release back pressure and recover normally.

Ask anyone who has flown the T-37, and they will tell you it was fun to fly, sturdy and a great place to learn to fly. In this age where we expect budding airline pilots to obtain 1,500 flight hours before they transition to jet aircraft, T-37 Tweety Bird alumni will attest that it can be done a lot sooner than that. And if you have the time and money, at least one surviving Tweet graces the pages of Trade a Plane. Kudos to Cessna for developing the T-37 Tweet that taught pilots around the world to fly for nearly 50 years. It truly is an incredible plane.

Learn about another Incredible Plane, the Helio Courier here. 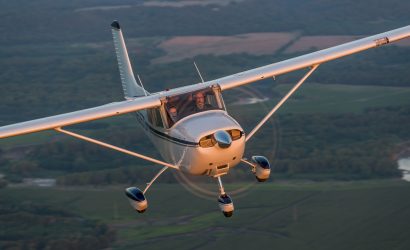 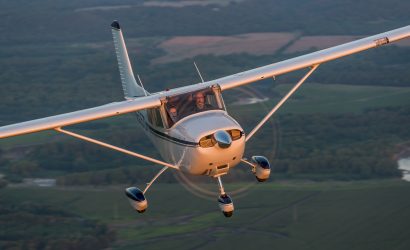