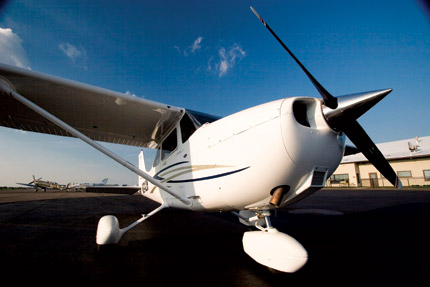 Because response to Plane & Pilot’s “$500 Per Month?” article [October 2007] was so overwhelming, we decided to take the idea to the next level.

In the aforementioned article, young pilots and seniors alike could see that the dream of flying and owning an airplane was closer to reality than previously thought, and we busted the myth that owning a plane was just a rich-man’s game. For the future of general aviation, everyone should be encouraged to become pilots and airplane owners and have a vested interest in the future of flying.

Next to actually flying, few things are as fun as thinking about what airplane to buy. $500 per month buys a decent but modest airplane; $1,000 is in an entirely different ball game. (Caution: Discussions at airport cafés can get intense on this subject. If you ask 20 pilots for their take on the best airplane, you’ll get 20 different answers. The correct answer is that they’re all good, but some offer a better overall value.)

Let’s find our “best of class” $1,000 per month airplane. To get the most flying for the dollar, let’s stick with airplanes that are simple to fly, don’t require a lot of expensive maintenance, aren’t beginning to suffer from age-related “surprises,” aren’t excessively expensive to insure and don’t require specialized training.

$1,000 per month can buy a nifty 220 mph twin-engine Aero Commander 680, a Cessna 310, a Beech Baron, a Piper Lance, an older A36 Bonanza or several other very cool airplanes—but you’d have zero left over for gas, insurance and maintenance, so let’s avoid airplanes that are a mechanic’s or gas pump’s best friend.

Let’s also compare the type of $1,000-per-month airplane we can own and fly under two different ownership paths: sole ownership and joint ownership.

The benefit of sole ownership is that it’s your airplane, always available for you 24/7 and you know who’s been flying it. A joint-ownership arrangement opens up the possibilities to a newer, faster or six-seat airplane by splitting up the largest monthly costs, but one drawback to joint ownership is that you may have to really search for like-minded partners if you’re not in a large, metropolitan area.

We’ll do the math on each arrangement. Of course, both methods of ownership have upsides and downsides. (See “Partnership Aircraft” from the November 2007 issue for an in-depth look at the pros and cons of joint ownership.) 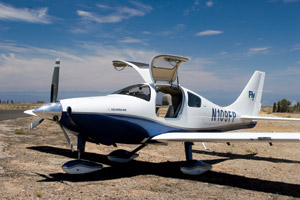 Sole Ownership
My favorites for sole ownership on $1,000 per month are the Piper Cherokee 180, Cessna 172, Beech Sundowner and Mooney M20C. Each of these is easy to fly, can reasonably carry four adults at 110 to 160 mph, burns about 8 gph, and is known for simplicity of maintenance and fewest age-related “surprises.”
Advertisement

The annual will be the next largest amount. All of our choices for sole ownership are fixed gear (except the Mooney, which has a simple and economical manual gear on all pre-1969 models) and have a simple and generally trouble-free 160/180 hp, four-cylinder Lycoming O-320/O-360 engine. There’s nothing particularly complicated about the overall maintenance on any of these airplanes. An annual will reasonably run about $2,500 per year, so we’ll calculate $210 per month for annuals. Also, because things always break, let’s add another $70 per month for rainy-day glitches. Insurance? With a private license, a brief checkout and no accidents, all of these airplanes will run about $130 per month in insurance. Because we’re financing the airplane, insurance will be required by the bank.

So far, we’re at $730. What’s next? Let’s fly our plane! Flying expenses (gas, oil, engine reserves) are called “variable expenses” because the amount you spend each month varies with how much you fly. “Fixed expenses” are the costs you spend every month whether you fly or not, like monthly payment, insurance, annuals and storage.

Any of our favorites listed here will burn about 8 gph and have an engine TBO of 2,000 hours. A replacement overhauled engine will cost approximately $20,000, so we’ll budget $10 hourly for engine reserve and $40 hourly for gas and oil ($5 per gallon), or $50 hourly in actual flying costs.

A private pilot will average 50 hours yearly for recreational flying, or 4.2 hours monthly, so add $210 monthly in gas, oil and engine reserves.

How are we doing? To own and fly a four-seat, modern single, we’re spending $990 per month. So, is it possible? Yes!

The Partnership Or Joint-Ownership Option
By splitting up the largest monthly expenses (payment and annuals), let’s look at what our options are for a newer, bigger, faster and possibly six-seat airplane for $1,000 per month.

Cirrus has a factory-sponsored program that links potential partners together to buy a new Cirrus. The other manufacturers don’t formally offer this, but any astute salesman should be able to take the clue and try to get a few interested parties together who might be holding off owning alone.

Another possibility is for one potential partner to take the bull by the horns and try to assemble the partners himself, through airport contacts, business contacts, flying buddies, an ad on Craigslist, an aviation forum or in the aviation classifieds of the local Sunday newspaper. It’s a little extra work, but the rewards can be worth it.

The idea of a fancy, new or almost-new airplane can be intriguing, so let’s look at exactly what the costs and number of required partners might look like.

A factory-new, glass-panel 172SP or 2008 Piper Archer can be purchased and owned with as few as three or four partners at $1,000 per month each. The monthly payment on a factory-new 172SP runs about $2,100, and a new Archer at roughly $1,550. Add to that 4.2 hours per partner per month (gas/oil) at $800 monthly and insurance at about $250 monthly. Because the airplane is new, most maintenance will be covered under warranty, but you’ll still have to perform annual inspections and any airworthiness directives that come out, plus any wear and tear not covered by the warranty. This should run about $300 per month. Since it’s new, we probably don’t want a factory-fresh airplane sitting in the rain, or the Garmin G1000 avionics baking in the sun, so add at least $300 for a small T-hangar in an outlying airport. And in 24 months, your warranty will be gone, and the real monthly maintenance costs will be 100% yours, so we should reserve about $400 per month for “future” maintenance. For budgetary purposes, I think it’s always best to be “overfunded” for a rainy day than to have to suddenly dig deep into your pockets for an unexpected expense.

How are we doing? For virtually the same price per month as a used Cessna 172 or Cherokee 180, we’re able to move up to a new, or near-new, nicer, better-equipped airplane if we’re flexible on when and how much we fly.

Most jets and turboprops have some sort of formal or informal joint-ownership arrangement because it cuts the fixed monthly costs by 50% per partner. If the joint-ownership terms are thoroughly worked out ahead of time, it can be a great opportunity to get more airplane for your dollar. (Plane & Pilot’s October 2007 issue gives some valuable ideas on successful joint ownership.) Others may still favor sole ownership. A suitable partner may not be available in your area, you may not need the extra capability of a bigger airplane or you may just want around-the-clock access to your airplane.

A few weeks ago, I walked into the airport coffee shop at Camarillo (near Santa Barbara, Calif.) and a young pilot was sitting with a group of friends and eagerly showing a picture from his wallet of the plane he had just bought (a nice-looking Cessna 172). He was literally beaming with pride and excitement.

A few minutes later, an old-timer at a nearby table opened his wallet and showed the group a very worn black-and-white photo. It was from the 1940s, and this gentleman, almost 60 years younger then, was proudly standing next to his new Taylorcraft on a grass runway. There were nearly four generations of difference in age between the two men, but the sparkle in their eyes was exactly the same when they began talking about their first airplane.

Someday, we’ll reach senior status. Will we really care about how much money we had in the bank years earlier? Or, will we lovingly remember being behind the controls of our very own airplane?

Every airplane owner will fondly tell you having your own plane pays dividends for the soul far beyond what you can get from a mutual fund.

$1,000 per month buys a very decent used cross-country machine that’s all yours. $1,000 per month with partners buys a brand-new airplane with supple leather upholstery and incredible state-of-the-art avionics that Walter Beech or Clyde Cessna could never have imagined.

You’ve seen them, you’ve read about them, you know you want one. New or used, with super-easy financing, all-time low interest rates, spectacular avionics packages and only $1,000 a month—what’s keeping you?

For more advice, tips and info about owning your own airplane, visit www.planeandpilotmag.com/aircraft/ownership.