Here are the winners of the 2017 Plane & Pilot Plane of the Year, but before announcing the winners, a few words about what this is and how it happened.

Once upon a time, it was easier to assemble of field of contenders, what with the slow rate of new airplane introduction we’ve seen these last couple of decades. We hope that will change, given the smart relaxation of certification rules.

Now, gauging any aviation achievement by reference to one particular year is hard. For starters, there are numerous milestones in a plane’s journey from concept to certificated article. Some planes, like the HondaJet, take decades to come to market, and often the year its certificated in is more of a regulatory milestone than anything else. With this in mind, we’re being broad with our definition of what constitutes “the previous year.”

That all said, 2017 was a special year, with a number of all-new models earning certification and a few new variants coming aboard as well. And of the new models that emerged over the last year-and-change, there were some truly remarkable new designs. Here they are.

The choice of the Cirrus SF50 was an easy call—once we had the chance to fly the plane, that is. The single-engine, single-pilot, 4-7-passenger light jet is one of a kind, the first certified single-engine jet in 60 years and the first jet ever to be approved with a whole-airplane recovery-parachute system. While we were skeptical about the appeal of the product, namely that it would provide the easiest transition to the turbine world for pilots of high-performance singles and twins, we had to admit that Cirrus was right about that all along. 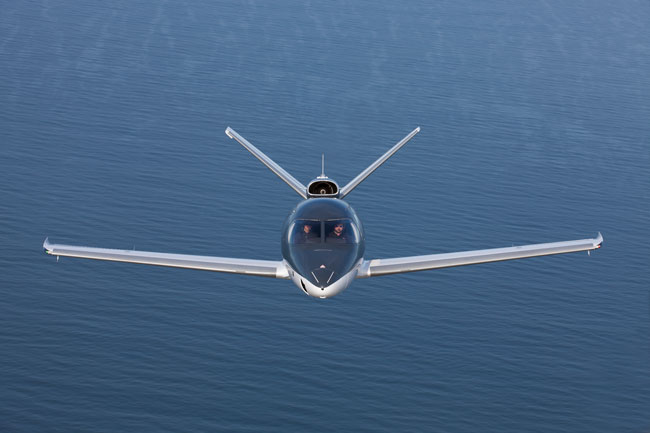 The plane is a true cabin-class jet, with a strange but strangely effective seating configuration of two up front (pilot and copilot), two in the middle and three in back, with the setup making five of those seats very comfortable. The plane is the slowest jet; some turboprops are faster. But at better than 300 knots true at 28,000 feet at around 65 gallons of Jet-A an hour, it’s also really efficient. And when it comes to ease of flying, there’s no other jet that comes close.

There are downsides, including a less-than-eye-popping climb rate and its limit to 28,000 feet, but at $2 million a copy, the plane is a bargain compared to anything else with comparable specs. Bottom line: The SF50 is for real, and its 600-plus orders aren’t a stampede of Cirrus fanatics at all but a reasonable response to a product that offers a package never before available in GA. In fact, there’s a good chance that 600 orders are just the beginning for the SF50. Cirrus’ biggest challenge could well be building them fast enough.

Read more about what it was like to fly the Vision Jet.

Turboprop of the Year

All Piper did with the M600 was to improve upon the Meridian in every single way.

When Piper introduced a newly retooled lineup of pressurized single-engine business and personal transportation planes, the M600 was the one really new plane among the bunch. While the M500, nee “Meridian,” and M350, formerly the Mirage, were nice upgrades of existing planes, the M600 was a reworking of the PA-46. In addition to the all-new Garmin G3000 cockpit, the two biggest changes were the wing and the engine. 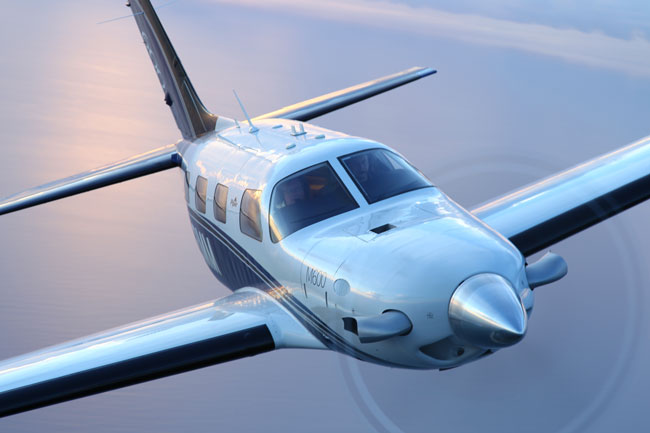 The wing is bigger, beefier, and more aerodynamically efficient while carrying a lot more fuel. That’s good, because the new PT6A-42A is slightly thirstier and a lot more powerful, putting out 100 shp more than the PT6 in the Meridian. The result is an airplane that goes at least 25 knots faster than the Meridian/M500, has better range and can carry more passengers and bags along the way. In effect, the M600 made good on the wish list of more than 15 years of Piper customers who loved their Meridians but wanted more. The M600 delivers all of that, and in high style, too.

Check out our M600 pilot report.

Sport Plane of the Year

A wish list of features in a slick yet rugged outback machine.

When CubCrafters launched its XCub, it did so only after it had its hands on the FAA type certificate for the model, so it could proudly say, “Here’s our new airplane. It’s FAA-certificated and available for purchase…today.” When’s the last time that happened? CubCrafters isn’t new to the Cub game. It owns the “Cub” name, and founder Jim Richmond has been rebuilding, kitting and building new models of Cubs and Cub-like birds for decades. 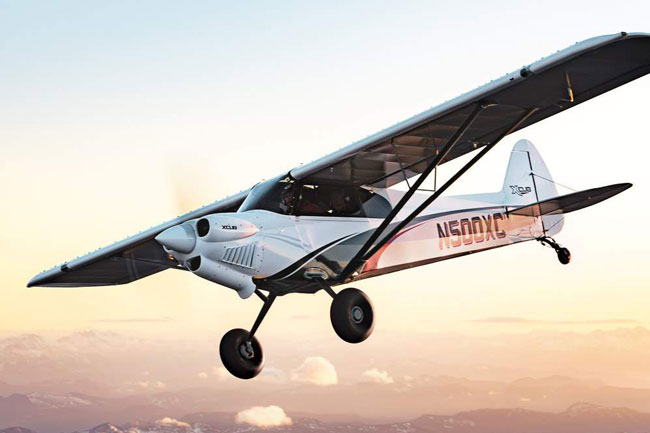 The XCub breaks no particular new ground—it’s a tube-and-rag taildragger with a fantastically funky old Cub-style door and seating for two in tandem. Everything about the XCub is better than the original. It’s lighter, stronger, sleeker, faster (up to 140 knots on our test flight) and better performing. The engine, the Lycoming O-360-CIG, packs 180 horses while swinging a Hartzell Trailblazer composite prop. And CubCrafters recently announced the Garmin G3X integrated cockpit for the XCub for the most advanced Cubbie panel yet, which goes nicely with the XCub’s outstanding performance. And CubCrafters did all this while keeping the classic Cub look that unmistakably says “let’s go flying.”

Read all about our XCub adventures.

Piston Plane of the Year

With an extra door, brand-new interior dimensions and all the usual speed of the M20, the Acclaim Ultra knocks it out of the park.

As much as Mooney customers have raved about their airplanes over the years, there are a few things about these fast and efficient planes that are less than optimal and that Mooney owners have always just chalked up to the price of speed. With the introduction of the Ultra model, Mooney has eliminated or greatly mitigated many of those compromises while sacrificing not a knot of airspeed. The Ultra features a new pilot-side door, bigger, better doors, larger, better-placed windows, a more comfortable rear seating section and improved visibility out the front. 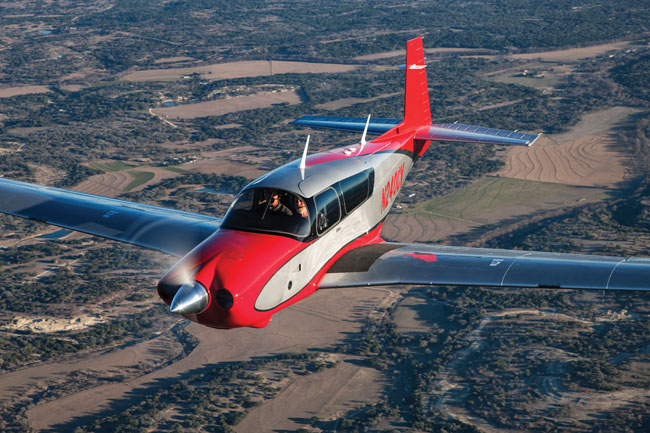 The secret behind the transformation was the addition of a composite shell in place of the sheet metal covering on the forward fuselage. This allowed Mooney to add a door (after beefing up the left wing surface to carry the weight of people climbing atop it), redesign the doors, enlarge the windows and even lower the top of the glareshield a bit. Suddenly, many of the objections to the Mooney design are history, and buyers are looking at a super-fast (as fast as 242 knots, says Mooney), comfy and long-range high-flyer that gets you distant places in a hurry.

See what we discovered when we flew the Acclaim Ultra. 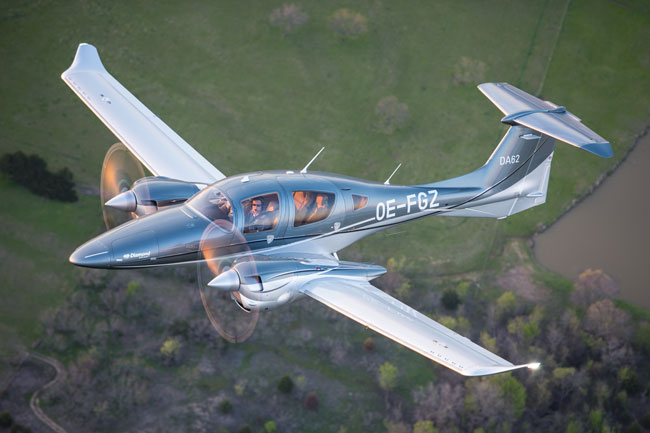 Read about our DA-62 flight.

Does the world need a little two-seat kit-built taildragger that has giant tires, locust-like gear legs, takes off in a couple of wingspans’ distance and lands back again in two hops and a puff of smoke? Apparently the answer to that is a resounding “yes,” as Just Aircraft’s phenomenally successful SuperSTOL continues to rock the sport-flying world. 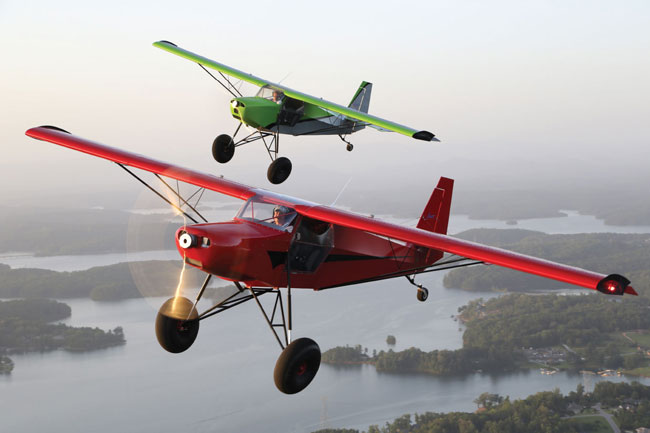 While not technically a new plane, the phenomenon of the SuperSTOL is still in full swing. Bear in mind that there’s nothing particularly high-tech or fancy about the plane. It’s just a bucket full of short-field fun—and a surprising amount of utility—that’s raring to find a tiny patch of ground and go fly.

Check out our SuperSTOL pilot report.