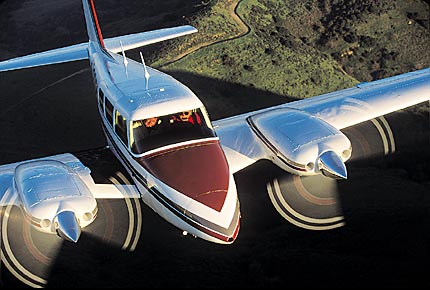 Compiling any list of the 25 best bargain buys in general aviation is almost guaranteed to ruffle some feathers. Our choices aren’t always going to agree with everyone else’s. No matter how much we try to be fair and impartial, our selections have to be at least a little subjective. We’re probably as subject to partiality as the next pilot, even if we’re allowed a broader frame of reference.

By definition, our list of bargains is guaranteed to exclude many popular models, specifically because those airplanes’ very popularity has elevated their prices, often putting them out of reach for pilots shopping for bargains. Our list also excludes later models with typical prices approaching or over $100,000. Certainly, there are good buys in the over-$100,000 class, but the goal here is to highlight more economical airplanes.

Here is our list of the current market’s best 25 bargain airplanes. The values listed come directly from the latest Aircraft Bluebook Price Digest and the Vref Aircraft Value Reference. You may find examples of these aircraft that are both higher and lower in price; however, we’re guided by nationwide sales data.

1. Piper Twin Comanche
As the only twin in our survey, the PA-30 and PA-39 represent the best combination of economy, efficiency, redundancy and performance in the industry. With a pair of 160 hp engines and only 3,600 pounds to lift, the Twin Comanche offers good climb and an easy 165 knots of cruise. Single-engine climb isn’t spectacular, about 250 fpm, but all four seats are usable most of the time, and good examples of the PA-30 are generally available for under $95,000.—Bill Cox

2. Piper Cherokee 140
The littlest Cherokee is something of an ultimate entry-level single, blessed with almost nonexistent stall characteristics, four seats (two-plus-two, more realistically) and, generally, the most benign handling of any single in the sky. Don’t plan on stellar climb at gross, and do figure on cruise at 110 knots max, but also expect to operate the airplane for the lowest hourly cost of virtually any other four-seater. Expect to pay a minimum of $25,000.—Douglas Colby

3. Luscombe 8F
Don Luscombe’s agile little two-seater was said to be aerobatic, and while that may be an exaggeration, it was an eager-handling airplane. No big surprise that the later 8F with the McCauley metal prop is the best buy. Expect an honest 80 knots cruise on about 4.5 gph in exchange for $24,000.—Bud Corban

4. Cessna 140
A Like their big brothers, the C-180 Skywagons, the metalized Cessna 140As, built in the late 1940s, are among the most durable of small singles. Change the tires, batteries, engines and props regularly, and a well-treated C-140 seems to live forever. The C-140As fly with 90 hp, cruise at 90 knots and will carry two souls in snug comfort for two-and-a-half hours plus reserve. Plan to spend $16,500 or less.—D.C.

6. Cessna 195
The C-195 offers a classic, 300 hp, nine-cylinder, Jacobs radial, along with a novelty for general-aviation, crosswind gear. You can taxi in a crosswind with the nose canted 15 degrees to the left or right of center. At 3,350 pounds, the C-195 was no lightweight, but all that rotating power drove it along at 140 to 145 knots. The type typically demands $70,000 for a cherry example, and it’s worth it.—B. Corban

7. Ercoupe 415
The twin-boom Ercoupe was as close to an automobile as possible, stall-proof, spin-proof and without the encumbrance of rudder pedals. A steering wheel directed the airplane both on the ground and in the air. Ercoupe production spanned some 30 years to the final version (the single-tail Mooney Cadet), but a typical early Ercoupe offered 90 knots of cruise for only about $13,000.—B. Corban

9. Bellanca Decathlon
When I was a CAP cadet, I didn’t understand why all airplanes couldn’t fly inverted. The Decathlon can. For those with a penchant for vertical and inverted fun, the Bellanca Decathlon offers plenty of control in three dimensions. The basic Decathlon sported 150 hp and a semi-symmetrical wing for better inverted handling characteristics. Decathlons from the mid-1970s sell for under $40,000.—D.C.

10. BeechCraft Sierra
Essentially a retractable Musketeer, the Sierra was one of the slowest of the 200 hp retracts (130 knots on a good day), but it also was one of the few with four-plus-two seating and an aft boarding door. Produced for a dozen years starting in 1970, the airplane was the step-up airplane for the Beechcraft Aero Clubs and still earns high marks for a comfy cabin, simple systems and typical Beechcraft quality. The 1977 C24R has a representative price of $58,000.—B. Corban

11. Cessna Cardinal
The C-177 Cardinal was a better airplane than Cessna knew, but it was only produced for a decade. A severely swept design, the airplane was the sexiest piston that Cessna ever offered. It also was probably eight to 10 knots quicker than the Skyhawk, although admittedly, with 20 more hp. The full-cantilever wing had a spar carry-through hanging down into the cabin, but otherwise, room was good. The first 180 hp Cardinals run about $37,000, and even the last 1978 models sell for $60,000.—B. Cox

12. Piper Cherokee Six 260
If how much you can carry is more important than how fast you can carry it, a Six 260 may be the perfect choice. If lightly equipped, some PA-32-260s could lift their own weight in useful load. There were six seats in three rows of two, and the aft row was accessible through a large, left-side cargo door. The Six 260 makes a great family machine for Mom, Dad, three kids and all the baggage they care to bring. A mid-1960s Six sells for about $65,000.—B. Cox

13. Taylorcraft
C.G. Taylor designed the Piper Cub, then went on to pen the welded tube-steel fuselage and wood-wing Taylorcraft in the late 1930s and 1940s. Taylorcrafts typically fly behind 85 hp Continentals and deliver nearly 90 knots, impressive for the time. Stall is down around 40 knots, so short-field characteristics are exceptional. Despite the low horsepower, the big wing allows a high service ceiling, above 16,000 feet. Some late-model Taylorcrafts are easily available for $70,000 or less.—D.C.

14. Globe Swift GC1B
The point of the post-WWII Swift was to mimic the look and handling qualities of a fighter. The two-seat Swift offered dramatically quick roll and pitch response, but the 125 hp Continental engine didn’t even come close to delivering the climb and cruise of a fighter. Still, the Swift was a fun airplane with 110-knot cruise, a fast roll rate and plenty of visibility. Expect to pay at least $27,000 for a decent Swift.—B. Cox

15. Piper Pacer
The Pacer was a Clipper until Pan Am complained. The first four-seat Piper produced with the short wing, the taildragger Pacer musters only 115 hp for motive force. Later versions feature larger tanks, more tail and control wheels (rather than sticks). Eventually, the Pacer evolved to the Tri-Pacer with 150 hp, but the first airplane is still considered a fun machine for under $17,000.—D.C.

16. Bellanca Cruisemaster
Giuseppe’s wooden wonder can be an excellent buy if you’re willing to contend with wood and fabric. The wings are Sitka Spruce works of art, and the fabric work is of the highest quality. With a 190 hp Lycoming 0-435 engine, a hydraulic gear and an adjustable pitch prop, the Cruisemaster could carry four in cramped comfort, cruise at 140 knots and range out 550 nm between pit stops. Plan to spend $26,500 for a jewel, $23,000 for a fixer-upper.—B. Cox

17. Stinson Station Wagon
The Station Wagon was Stinson’s post-war heavy-hauler. With rear seats removed, the airplane could lift up to 650 pounds of cargo. The best model featured a 165 hp Franklin powerplant, and production picked up the line and produced it for a short time after Stinson threw in the towel. Initial climb with a full load was alleged to be 850 fpm. The Aircraft Bluebook Price Digest suggests that you’ll pay $30,000 for a good Station Wagon.—B. Corban

18. Aeronca Chief
Take a Champ, mount the seats side by side rather than in tandem, and you have a Chief. Only narrow folks need apply, however. Yes, you still fly behind the same 85 to 90 hp Continental engine, and cruise is only 80 knots following a 350 to 400 fpm climb, but what else would you want for only $14,000?—D.C.

19. Piper Cherokee 235
Piper created the 235 as an answer to the Cessna Skylane. The top, four-place Cherokee never quite succeeded in competing with the C-182, but it’s an excellent load-lifter and reasonable performer nonetheless. Cherokee 235s are easily the low-wing equal to the high-wing Skylane in practically every area, and you can plan to spend $48,000 to $70,000 for it.—B. Cox

20. Piper Comanche 250
Piper’s first retractable is often hailed as the company’s best folding-foot model until the Malibu. The carbureted Comanche 250 offers solid 150- to 155-knot cruise on about 14 gph, meanwhile providing reasonable comfort for four folks. Systems are simple, the airplane is moderately idiot-proof, and you’ll probably find hundreds of them available for less than $63,000.—B. Cox

21. Navion
If speed is less of a concern than comfort, the Navion may be one of the better buys among budget models. The late-1940s Navion A models are among the best, with 205 hp, four comfortable seats, a sliding canopy (à la Tiger) and 60 gallons of fuel. Good maintenance is the key on a retractable this old, but you still can find plenty of good Navion As available for under $71,000.—D.C.

22. BeechCraft Skipper
The Skipper was a more robust trainer than the Piper Tomahawk, but today, the minimal Beech is perhaps better known as a reasonable, two-seat personal transport. Only 312 Skippers were built between 1979 and 1981, and the type is available on the used market for less than $25,000. Count on 100 knots of cruise and a 300-pound payload, but don’t plan on flying high. The service ceiling is only 12,900 feet.—B. Corban

23. Piper Arrow 180
Piper’s original Arrow was a revelation for its time, and the airplane still represents an excellent buy for pilots who are willing to settle for an entry-level retractable. Unfortunately, the airplane’s chief selling point in the late 1960s, its automatic gear-extension system, has long since been ordered disconnected, but the 180 hp Arrow is still worth 130 to 135 knots with two-plus-two aboard. Prices start around $50,000.—D.C.

24. Long Eze
As the only homebuilt on our list, Burt Rutan’s Long Eze started a revolution. A larger, heavier version of the Vari-Eze, the canard design typically flies with only 115 to 135 hp in the back (it’s a pusher). The Long Eze is remarkably efficient and carries 52 gallons of fuel, and Burt’s brother, Dick, has set several long-distance records in his airplane. Most 115 hp Long Ezes will cruise alongside many 200 hp retractables. The price is totally negotiable, but usually $50,000 for a good example.—B. Cox

25. Cessna 182
For many pilots, a C-182 could be the perfect bargain bird, but the model’s very popularity has driven up prices on later models. Early C-182s, produced from 1956 to 1959, offer pretty much the same performance, if a decidedly antique look. Early Skylanes cruise at 130 knots, but their best quality is the ability to fly away at 800 fpm with all tanks and seats full. Decent examples are available on the market for less than $50,000.—D.C.