How was this year’s Sun ‘n Fun fly-in? As exhibitors know, it can be a surprisingly hard question to answer. So every year after the show, Sun ‘n Fun releases its stats on attendance. What kind of picture do this year’s numbers paint? 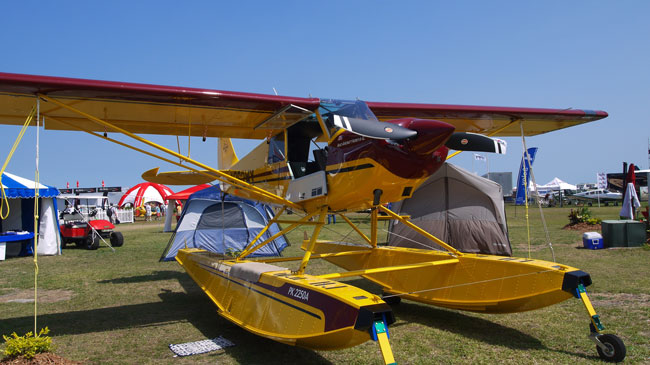 Well, it sounds as though things were about the same as they were last year, though many of the exhibitors we spoke with thought foot traffic was better than it was a year ago. The numbers would seem to support that. With more than 200,000 attendees and in excess of 8,000 aircraft arrivals and departures—okay, a lot of those were the same airplanes doing multiple circuits, true—the numbers were good. There were actually 16 more exhibitors at the show this year than in 2016—a total of 510 this year—and there were exactly three more media representatives than last year’s 440. We’re still trying to figure out who the three were.

There were, we’re happy to say, a lot of young people at this year’s show (though not quite as many as 2016’s even more impressive showing), and this year many were participating in events like the Lakeland Aero Club’s Redbird Simulator build and touring the on-site 727.

If anything, the spirit at Sun ‘n Fun seemed better than it has in years, and maybe that’s because there were a lot of new products, new ideas, and new enthusiasm at the show. With Oshkosh AirVenture coming up in a few months, we’re excited to see how that excitement will manifest itself there. As always, Plane & Pilot will be there to share all the AirVenture goodness with you.