Envision a busy aviator flying single-pilot IFR in IMC on a real IFR day, his trusty iPad by his side. He’s heading direct to the intermediate approach fix and has been cleared for the approach to the ILS to Runway 01. The ATIS is calling it 200 and a quarter, and two other planes have already flown the approach and landed.

With the introduction by Garmin of these new features, pilots can now do nearly all the controlling of a connected Garmin panel-mount device, like the GTN 750, remotely, from the iPad, or from their phone that’s running Garmin Pilot.

This is all well and good, but why, you might ask, should anyone care? Isn’t it just the same planning done from a different device?

Yes, but more importantly, no!

The reason it matters, and I was skeptical until I saw the accompanying screen shots, is that this ability brings with it some huge safety-of-flight benefits for pilots on IFR flight plans (or who are just using an approach unofficially to guide their way to, say, an unfamiliar airport on a low-visibility day). Moreover, Garmin points out that the way pilots will make those inputs, loading IAPs, departures and arrivals, is identical to the way that they would on on the Garmin software in their panel-mount avionics.

In the first shot, you can see how remarkably clearly the Garmin Pilot app illustrates, in living color, the many approaches into Minneapolis-area Flying Cloud Airport.  You want to fly the Schep9 approach? Its location, orientation and feeder fixes are hard to miss. And besides making it easier to verify, this ability makes it simple to visualize how you get to the IAF and what you’ll do then. 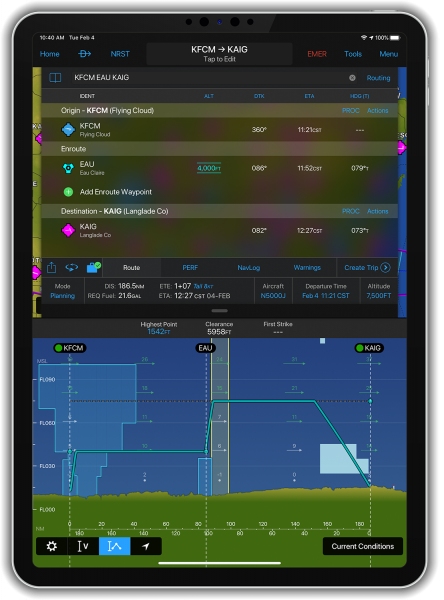 But it gets better and applicable to all pilots, even those without an instrument ticket. In the second screenshot, the profile view clearly indicates the vertical elements of the flight plan in a way that makes it clear what the vertical situation is, in this example of a flight from one Minnesota city to another.

In the IFR realm, this will allow pilots to enter and visualize crossing restrictions—a danger zone on many flights—in a way that makes it clear when it’s time to descend and to what altitude you need to get before the next fix.

This newest release is already available on Apple devices from the App Store. 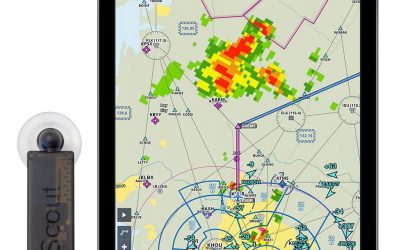