All too often, we hear about gen­eral aviation businesses hang­ing on by a thread, scraping by in a fight to survive. Why, then, has US Sport Aircraft, operator of a recreational flight school and the distributor of the SportCruiser light-sport aircraft, continued to grow and thrive over the past nine years?

Patrick Arnzen, the 34-year-old president of US Sport Aircraft, says, “It’s all about knowing your customers, providing them what they want and keeping it fun in the process. Too many times, people finally get the nerve to walk into a flight school, and what do they see? Threadbare sofas with disinterested CFIs talking to each other but ignoring the potential student, or a professional flight academy with dozens of 18 year olds scurrying around in epaulets. These places don’t encourage a business professional or recent retiree to jump into flight training. We do things differently. Our environment is more like a country club than a typical flight school.”

The flight line is certainly not like that of a typical flight school. Being the sole U.S. distributor of the SportCruiser, US Sport Aircraft uses a fleet of new or nearly new SportCruisers equipped with synthetic vision glass panels, in-cockpit traffic and weather, and whole-aircraft ballistic recovery systems (BRS). They also have more traditional aircraft like the Cessna 172 (G1000), Cessna 310 light twin, American Champion Xtreme Decathlon and Bellanca Super Viking available for advanced ratings.

Students seem to notice the dif­fer­ence, as well. Wes Wynne, a new private pilot, said, “I started my training at another school. I was frustrated by maintenance issues with their 40-year-old planes when I happened to drive by US Sport’s ramp and saw the cool planes they were flying. I went in the office and was impressed by the friendly people. But when I found out that it cost less to rent a brand-new SportCruiser than a 1970s 172, I was hooked. ”

“The key to making new pilots is to make it fun, affordable and accessible,” said Arnzen. “The aircraft we fly have very low operating costs, so we can pass that along to our customers. We also make it easy for people to own their own aircraft with our SportShares program. In a SportShare, we organize a co-ownership group of two to five people, do all the paperwork, arrange financing, hangar and insurance—the whole nine yards. You can own a SportShare for the cost of a typical compact car.” Arnzen also noted that US Sport provides local customers with a concierge service. “Just call us when you want to fly, and we’ll have your plane gassed up, washed and waiting for you on the ramp.”

US Sport has also managed to extend their unique brand of customer service to maintenance and parts support for the 300-plus SportCruiser owners in the U.S. They maintain an in-house inventory of most parts and can usually deliver the next day. Customers benefit from US Sport technicians who’ll take the time to talk with them and help diagnose problems, identify the correct parts and suggest operational ways to improve performance.

Community involvement is also important to US Sport Aircraft. They founded the McKinney Aviation Academy in 2011 in conjunction with a local school district. In the first year, US Sport provided instructors and curriculum to guide 25 students through private pilot ground school. The program currently boasts over 400 students on three campuses with full-time instructors, a Redbird flight simulator and several aircraft for maintenance projects. Todd Curtis, one of the program instructors, said, “The goal is for each student to graduate with a private pilot license and a light-sport repairman certificate. With another year at junior college, they can be an A&P.”

The success US Sport has experienced can be traced back to their energetic president. A former airline pilot, and one of the youngest designated pilot examiners (DPE) in the country, Arnzen has run several aviation businesses prior to launching an Addison, Texas, location for US Sport Aircraft. Starting with a dirt-floor hangar and one aircraft, Arnzen quickly grew the business to a 10,000-square-foot facility, 20 or more planes and 20 staff members. “I could not have done this by myself. My biggest talent is probably being picky and only bringing on team members who share our vision and passion.”

One of those team members is Stuart Stevenson. “I was a CPA and engineer when I hired Patrick to help me complete my commercial and CFI tickets. We have very similar business philosophies, and both saw the potential of US Sport. We eventually bought out the founders and started building the company we have today. We’re not there yet, but we’re well on our way.”

Mitch Whatley is another key team member. An F15 pilot, airline captain, engineer, lawyer and personal SportCruiser owner, Whatley has been utilizing his expertise to develop and lead a world-class maintenance and owner support team. He’s also working closely with the factory to develop improvements and refinements to the SportCruiser to ensure its continued vitality in a highly competitive market.

“Our office team and instructors represent the face of our flight school,” says Arnzen. “We pay our instructors almost twice as much as other schools on the field. We do that so we can hire and retain the absolute best people.” Mechanics are also a key to keeping aircraft owners happy. According to Whatley, “We service a variety of aircraft, not just SportCruisers. Our techs are true GA guys with lots of experience.”

Arnzen recognizes that success always comes down to people. He has demonstrated the ability to attract the best and challenge them to match his energy and enthusiasm. With a strong team in place and plenty of opportunity for growth, US Sport Aircraft will likely remain an ongoing success story in the aviation industry. 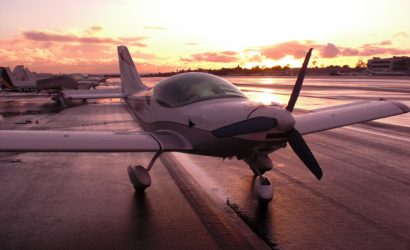 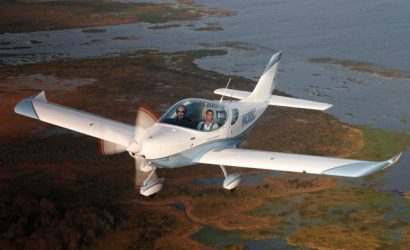