97 miles doesn’t exactly sound like a long way for an air delivery. But it sounds a lot longer when nobody is flying in the aircraft. On May 5, a fixed-wing UAV successfully flew 97 miles to Austin, Texas and delivered a package. The delivery set a new record for the longest drone urban package delivery by fixed-wing drone. 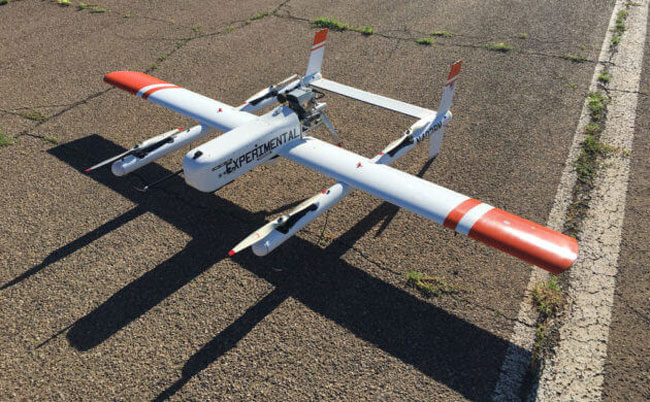 “Drone package delivery in an urban and remote environment is the wave of the future…” said Dr. Chris Walach, Director of the FAA-designated Nevada UAS Test Site. “These package delivery milestones prove that new UAS technology enables the safe integration of UAS into the NAS for long-distance and urban package deliveries.”

Another step towards regular use of drones as delivery devices is providing solid solutions to what happens when they fail without anyone onboard to provide emergency guidance. The damage drones can do to people was the subject of a recent study released by the FAA—making it clear that regulatory agencies are keeping a close eye on that aspect.

Enter the Indemnis Nexus Recovery System. Unveiled on May 9, the Nexus Recovery System is a parachute for multirotor drones. It is designed both to deploy fast enough to escape entanglement with a tumbling drone and to do so in a way that avoids slicing the chute on spinning blades. This kind of protection will make drone deliveries a more feasible option.

It’s clear that drone delivery technology is evolving a lot faster than most observers thought it would, and it looks, based on experiments like this latest delivery flight, as though the advent of tens of thousands of drone flights a day is a foregone conclusion. With industry adopting drones faster than it’s adopting collision avoidance technology, there seem to be many as-yet unanswered questions about how the FAA will manage the risk.

Learn more at the Nevada Governor’s Office of Economic Development and Indemnis or read our article on the FAA drone/human collision study.