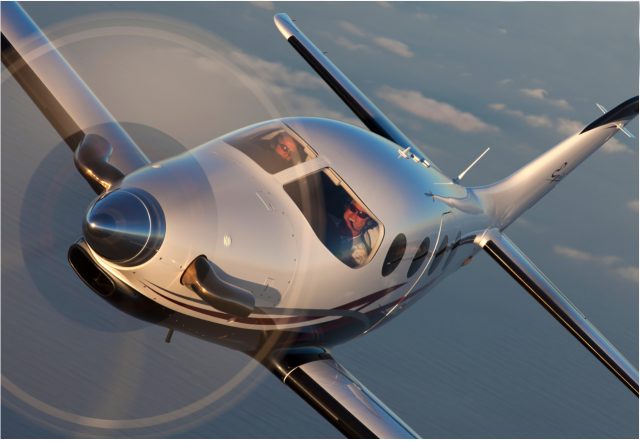 The FAA type certification of the Epic E1000 has been a long time in coming, coming, seven years and 23 minutes, according to one Epic employee. But who’s keeping track! So if there was a celebration going in Bend, Oregon, last night, our only complaint is that we weren’t there too. It is not every day that a brand new, clean-sheet airplane gets certificated. It’s a big deal.

For starters, the E1000’s performance (look for a full pilot report in Plane & Pilot soon) is nothing short of remarkable, comparable in speed, faster than 325, according to Epic, and range, with legs of greater than 1,650 nm (1,385 nm at max cruise), says the company. The six-seater has a ceiling of 34,000 feet and can reach its ceiling in just 15 minutes—climbing quickly is good not just for speed but for endurance, as fuel flows decrease with altitude.

With a carbon fiber airframe, advanced technology in the cabin, including a very passenger environment and electronically dimming windows, the E1000 is the only FAA certificated all-composite single-engine turboprop in the world.

It hasn’t been easy to get to this point. As we’ve reported in the past, the E1000 is the culmination of a long, sometimes circuitous pathway for Epic, which has sold kits for hundreds of a homebuilt version of the E1000. But the company has been through hard times, including a former company head, Rick Schrameck, who was fired by the company board and was later convicted of embezzlement. And Epic has been owned by multiple companies along the way, including a Chinese investment group. Epic’s current ownership is Russia based.

The company has been remarkably stable for the past many years, nearly a decade, in fact, and CEO Doug King has chosen several paths, including limiting development of new models and taking a slower, surer path to certification that helped the company to earn the FAA okay for the airplane as Epic originally envisioned it. “We had some opportunities to speed things up along the way,” King said on Thursday, “to get certification earlier. But that would have required some tradeoffs that we weren’t willing to make. We consider performance to be our brand, so we decided to make it perform. And we did!”

Epic has seven conforming airframes in production with two shifts at work building the planes. The company is also currently working to obtain a production certificate for the E1000, which it expects to earn early in a matter of months, which will then allow first deliveries, a milestone that will surely be worth of additional celebration.

A Pilot Reflects On The World’s Best Flight Instructor