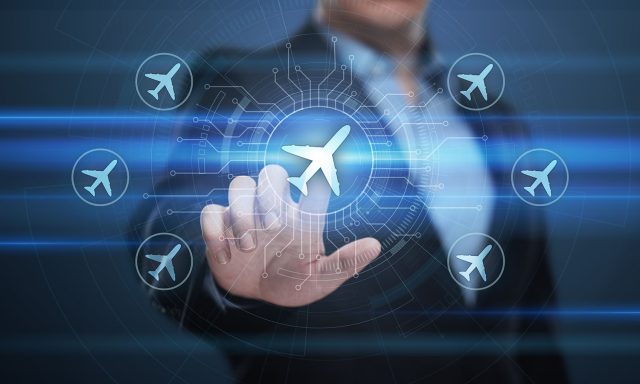 How do I find more information? The best bet is to start right here. We’ve got descriptions of more than a dozen aviation careers, from mainstream to out there. Once you have an idea of what specific career field in aviation you’re interested in, it will be time for the next step, gathering specific information.

How much will it cost to get the training or education I need? That’s the million-dollar question. Fortunately, it will cost you well less than a million to get ready to go to work. Still, the range of costs is great. For some jobs, like an air traffic controller, you can get into it for free, if you get the chance to learn the trade in the military. If not, you need a two-year degree and then the FAA will provide the training if you get a slot. For airline flying, the answer is a lot more complicated. Do you want a four-year degree with aviation training? If so, you can expect to spend as much as you would on an elite private university. For schools that just provide flight training, the same is true, but instead of four years of training, you can get done in less than one. If you stay at home, learn to fly at a local flight school and then start applying once you have the required amount of flying experience, you can cut costs even more. Still, flight training isn’t cheap.

How much money will I make? As with any career path, the aviation answer to this question is more complicated than you might want to hear, but here it is. How much you make at the start of a career is pretty easy to figure out. If you decide you want to be an airline pilot, for instance, you’ll be making between around $35,000 and $50,000 a year at a regional airline to start. That’s a lot better than it was even a year ago, as the competition to hire pilots has heated up and regional airlines are offering better starting pay. And the even better news is, salaries rise quickly, and by the time you’ve got 10 years under your belt, you’ll be in line to make a six-figure salary, potentially more.

How stable a career path is aviation? Ask anyone who’s been in aviation for 40 years and they will tell you, it’s not. More than most industries, aviation is sensitive to economic upticks and downturns. When downtimes come, airline pilots who are low on the seniority list (which is to say, are newly hired) are the ones likely to get laid off. That said, the growth we’re seeing in aviation today is meteoric. Will it last forever? It probably won’t. But the forecasts all paint a rosy picture of job growth and industry growth for the near and long term.

What will campus life be like? Will I miss out on a college experience? That depends on what kind of education you pursue and where. If you’re majoring in aviation sciences at Purdue University or Southern New Hampshire University, to name just two, you’ll be part of the regular student body and a part of a close-knit group of aviation geeks, too. It’s actually better than most college experiences. If you go for a less-expensive and more directed flight training approach, you’ll have a more vocational or job training type of experience, but one that will have big rewards all its own and get you into a job much quicker.

Is an aviation career for me? It’s hard to know for everyone, but we can say that there are so many career paths in aviation that just about anyone can find a career doing what they love while still being part of the big, growing world of aviation.