It’s been just over a year since Garmin launched its a pair of multifunction touchscreen WAAS navigators, the GTN 650Xi and GTN 750Xi. The two are updates that bring a new interface and added features to the original GTN navigators, which Garmin introduced almost ten years prior.

When it introduced the GTN 650 and GTN 750 navigators in 2011, Garmin was updating the revolutionary GNS430 and GNS530 units, the two most popular aftermarket avionics products in modern aviation history. The 650 and the 750 covered much of the same ground as its predecessors but did it with greatly improved user interfaces, including, touchscreens, faster processors and built-in interfaces for more effectively integrating the units with existing components, both by Garmin and others.

The updates of those two units, into the GTN 650Xi and GTN 750Xi, are part of Garmin’s multi-faceted update of its product lineup with the NXi branding. As is the case with other such updates, while the two new GTN boxes look nearly identical to the previous units, the similarity belies wholesale changes. In a telephone briefing on Thursday, Garmin told Plane & Pilot that the new units are much faster, have super hi-res displays and are built to connect better with other components and be easier to update, among other changes. 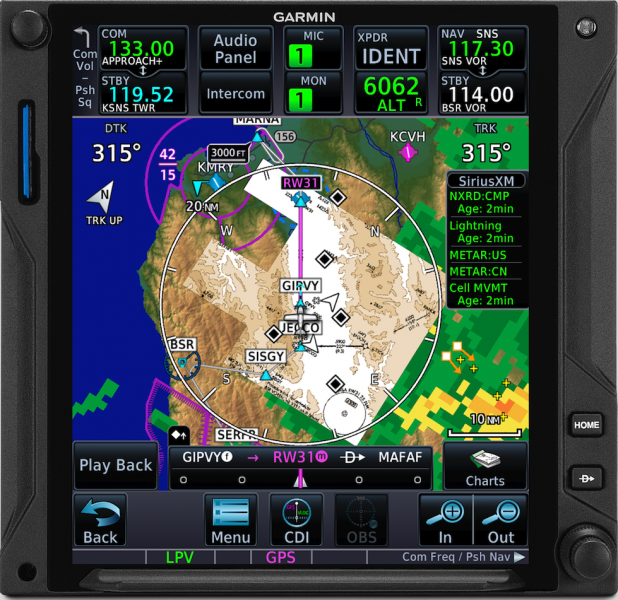 Garmin also announced that it was offering numerous updates to its G3X Touch Certified flat panel avionics offerings, including flight logging and optional engine data logging, both features previously available with G3X Touch for Experimental Category planes. In certified planes, the displays will now automatically sync with the Garmin Pilot app to log flight data. Additionally, Garmin announced that new display pairings are available, so owners can put up to three G3X Touch displays across the panel, mimicking or outdoing the look and functionality potentially of even some of its G1000 NXi glass cockpits.