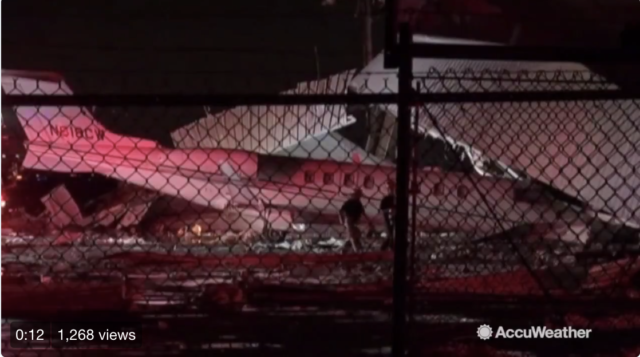 A hangar at Houston Hobby airport was destroyed by a microburst on Tuesday, which resulted in what appears to be the loss of six high-end bizjets, four in the hangar and two on the ramp just outside of it. The storm was no surprise. The National Weather Service had issued severe thunderstorm watches for much of Central to North Texas for that evening, and there were tornado warnings along much of the storm’s path. A squall line extended nearly a thousand miles from the southwest to the northeast. The hangar was owned by Jet Aviation, one of the largest FBO chains in the world. No word on the total of the damages, but if the jets were worth between $10 to $15 million a piece, a conservative assumption, the damages would have been between $60 and $90 million.