Continental Motors announced at Oshkosh that it is introducing a couple of new diesel engines: the 265-hp CD-265 for fixed-wing applications and the 285-hp CDR-285 for rotary aircraft. Like the rest of Continental’s CD-200 series, the new models are air-cooled, turbo-charged powerplants. 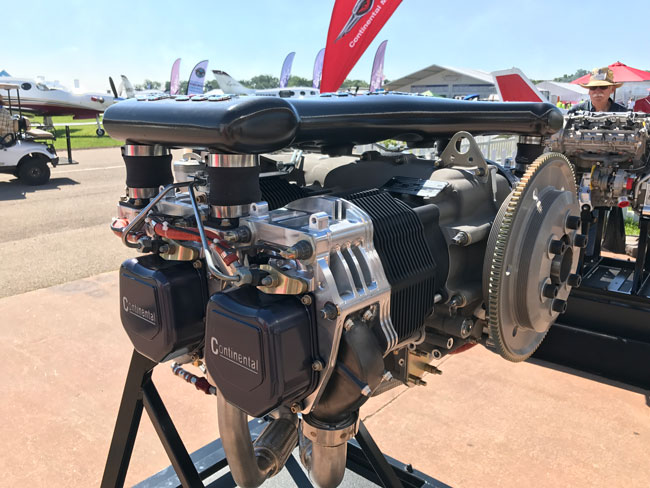 The new engines are both based on Continental’s 4-cylinder CD-230, which was originally certified at the end of 2012. Recommended TBO for the CD-265 is 2,400 hours or 12 years. For the CDR-285, it it 2,000 hours or 12 years. The new engine adds a number of enhanced components, including a new plenum and cylinder head design, but the big news is the boost in power, from 230 horsepower to 265. The additional power will likely make the new model more desirable for operators, as they get the benefits of both the remarkable fuel efficiencies that turbo-diesel engines offer and an increase in power for greatly improved performance on any platform.

Certification for both the CD-265 and CDR-285 is already underway. Once complete, the new models will bring the number of diesel engines offered by Continental to eight. The company anticipates that the engines will be certified by early 2018.