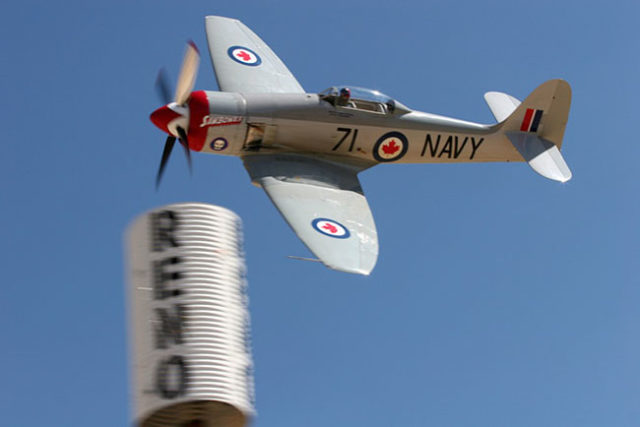 The National Championship Air Races at Reno-Stead Airport are right around the corner, getting under way on September 12 and running through Sunday, September 16th. The hosting organization, the Reno Air Racing Association, recently announced the lineup of planes that will compete in this 55th Edition, and while it lacks a few well known and successful racers, it is an impressive and intriguing lineup, replete with planes that haven’t appeared at Reno in many years.

The races will feature six classes, Unlimited, Jet Sport, T-6, Formula One and Biplane, with some of the unlimited racers reaching speeds in excess of 500 mph. Returning to Reno this year after what RARA calls “long absences” are Brent Hisey, who will be flying the highly modified P-51 Miss America, Lady B, flown by Michael Pfeger, Full Noise, a Russian Yak 3 flown by Graeme Frew, and for the first time in decades, a Bell P-63 King Cobra will be racing.

Returning to defend their crowns this year are Gold champions Rick Vandam, flying the L-39 Albatros American Spirit in the Jet Class, Jeff Lavelle flying his Glasair III in the Sport Class, John Lohmar flying Radial Velocity in the T6 Class, Lowell Slatter flying Fred Naught in the Formula One Class and Andrew Buehler flying Phantom in the Biplane Class.

The Unlimited Class will feature Joel Swager flying the Sea Fury Dreadnought and Curt Brown flying another Sea Fury, Sawbones. The two famous Unlimited racers that fought it out for top honors at Reno last year, Strega and Voodoo, will not appear, but there will be more stock warbirds racing in the Gold class than ever, and the Unlimited class could prove to be the most competitive in a long time too.