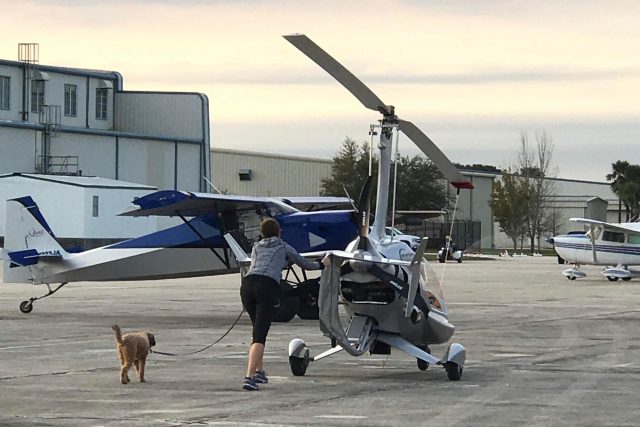 The Sebring Sport Aviation Expo is no more. The airport authority announced its decision to end the show’s run after 15 years. The site of the show, officially known as the Sebring Multimodal Logistics Center—which actually contains an airport, a good sized one, too—was great for such a show, so long as you didn’t mind the sounds of Porsches and the occasional Ferrari winding around the F1 track. I certainly didn’t. There was ample room for parking, the level of air traffic was moderate, year after year the FAA did a bang-up job with its mobile control tower. But having good bones clearly wasn’t enough to make the show a success.

Though the authority didn’t say in its brief release the exact reason it chose to pull the plug, it’s not hard to guess at. Attendance, at least over the last few years, was light, and the show was competing not only against early April’s Sun ’n Fun but also a near twin event, the DeLand, Florida Sport Aviation Showcase, which typically takes place in November. It’s a tough combination. With Sun ’n Fun a few short months and just 60 miles away, many companies devote a sizable chunk of their budgets in the Lakeland show. The bottom line was likely that there weren’t enough dollars to go around to many Florida light, recreational aviation shows.

The sport aviation expo got started as an LSA show, and for the first few years it seemed to have carved out a niche for itself. But as LSAs took off and became mainstream, they worked their way into the fabric of GA. So while LSA makers were the bread and butter for the event from the start, it seemed that it wasn’t enough. The show never attracted much business from larger, Part 23 manufacturers. And January weather, which is known to be windy in central Florida, added to the issues. Two years ago very little flying got done as gusty winds blew away the first few days of the event, and more than a few outdoor exhibit displays, as well.

For its part, the airport authority focused on what it plans to do in the future, much of it forward-looking youth and community programs that while not promising monetary returns help create a better aviation future for all of us.

So You’re Under Coronavirus Quarantine? Can You Legally Go Flying?

Caring In The Days Of The Virus