SocialFlight founder Jeff Simon is all about bringing people together through and around aviation. SocialFlight began as a free website and mobile app to share aviation events with the pilot community and has evolved to include aviation destinations, aircraft galleries, a pilot challenge (with some pretty awesome prizes) and an educational video and webinar section that covers a remarkably wide array of topics. Jeff’s latest project is evolving along similar lines of education, inclusion, and aviation fun for all. 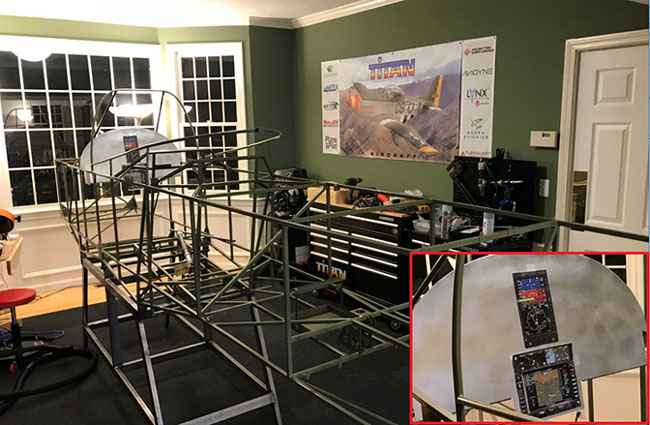 In a workshop in Massachusetts—which was once (and might someday be again) the Simon family’s living/dining room—Jeff has begun work on a kit plane. He’ll be sharing the journey as it unfolds with videos, interviews and blogs “designed to give pilots and other aviation enthusiasts the chance to see [an aircraft] come to life.” And it’s not just any plane project that interested viewers will be following. Jeff will be putting together a T-51D—a ¾ scale replica of one of the most famous warbirds of all time: The P-51 Mustang.

The T-51D kit was designed by John Williams, owner of Titan Aircraft and designer of the Titan Tornado. The idea behind the design was that the replica T-51 would be significantly more affordable than keeping up with an antique warbird and be reasonable to build, easy to fly and lots of fun as well.

Without avionics and paint, estimated completion time for the average builder is about 1,600 hours. Documentation of the process—beginning at the Titan factory in—has already begun. During the build, SocialFlight will also be hosting a series of special guest builders from throughout general aviation who will be sharing their stories and expertise.