The airport at Palatka (28J), a sleepy farming community in Northeast Florida, lies a scant 26 nm from historic St. Augustine’s KSGJ. So the consternation in the briefer’s voice, audible over the speaker phone as he read back our flight plan to 28J, was understandable: “TBM 900 Alpha Zulu—requesting flight level Two Eight Zero?”

With a range of more than 1,700 nm and a top speed of 330 knots—putting Aspen, the Hudson Bay and Bogota all within our reach from SGJ—a flight to Palatka in the TBM 900, the new, improved member of Daher-Socata’s TBM single-engine turboprop family, might seem a wasted opportunity. But we were focused on the everyday business, rather than the glamorous pleasure side, of the TBM’s mission capabilities. Introduced to North America barely a week before, this TBM had a full schedule of commitments and places it had to be—doubtless like the busy buyers of these airplanes. No time for the magical getaway an airplane like this makes possible. We weren’t exactly going directly to Palatka, either.

Wayman Luy, demonstration pilot for Socata North America, headquartered in Hollywood, Fla., was filing a trapezoidal VOR-to-VOR route aimed at getting us cleared expeditiously up to FL280, the 900’s optimum operating altitude, where we’d measure performance and explore handling characteristics.

Daher-Socata has upgraded some 25% of the aircraft’s systems, improved its performance and reclaimed the TBM’s sports car mystique.

The 900’s most obvious exterior changes from legacy TBMs—the five-blade prop and winglets—are as eye-grabbing as they are functional. “We wanted the aesthetics to look good,” Philippe de Segovia, Daher-Socata’s director of marketing, said during the walkaround on the ramp at SGJ, pointing out the winglets as an example. “We developed some winglets that were efficient, but we didn’t like the way they looked,” so the company continued development until they had a set whose appearance matched their performance. Up front, the predatory five-blade Hartzell composite prop drives air into the redesigned air inlet, acting like a turbocharger.

During the two-year upgrade project, the entire airframe was carefully examined using computational fluid dynamics to identify areas that generated turbulence—the main gear doors, tailcone and exhaust stacks among them—and engineers redesigned accordingly to reduce drag. Meanwhile, to emphasize the racing-car side of the TBM’s personality, the company engaged French designer Hubert de Malherbe, known for his work with the LVMH luxury goods group, to “sportify” the interior, evident for example in the hand-stitching on the seats’ fine leather and their race team-like TBM 900 logos. The seating/cargo space is completely reconfigurable. Any or all of the four cabin seats can be quickly removed as needed, or arranged in either club or the all-forward-facing commuter configuration. Fine wood trim remains a standard option, but the company is promoting a new carbon-fiber interior, available in eight standard shades, with 40 additional colors available as options.

The Pratt & Whitney PT6A-66D is the same engine that powers the 850 Elite, but the airplane is redesigned firewall forward. The new cowl is composite, the spinner is redesigned and the exhaust stacks rounded, together reducing drag and weight. Inside, the engine’s plenum has been changed to improve air flow, and the electrical system completely redesigned, with power increased to 300 amps, providing plenty of juice for future avionics and electronic devices.

A significant percentage of TBM buyers fall into the 500 to 1,000 total-flight-hour range, according to John Warnk, instructor and program manager for TBM training at Simcom, an FAA-approved initial and recurrent training provider for TBM series aircraft (see sidebar). Many such owners transition directly from high-performance piston aircraft without any turboprop experience, and the 900 should be an easier adjustment than earlier TBMs. “A great thing in the 900 is that we have a semi-automatic start procedure,” Luy said from the right seat in the cockpit.

Here in the front office, the TBM 900 has a restyled panel surrounding the three Garmin G1000 display screens, and a revamped center pedestal that incorporates a single-control throttle and a new torque limiter, which allows use of all 850 hp at takeoff, shortening the takeoff roll and improving climb rates over previous TBMs.

The G1000 had finished its self-test, the flight plan and weight and balance information entered through the FMS, and switches were positioned for the engine start. Hit the starter, counted to three. By then Ng, or percent of torque, reached 13%, starting the propeller spinning. Moved the pedestal-mounted control level forward to low idle. At 50% Ng, the starter automatically disengaged, a chore performed manually on previous TBMs. The control lever would then be moved laterally into a track on the left, where it operates as a normal throttle.

TBMs have a brawny, over-built heft, a solid feeling reinforced while taxiing, as the nose wheel tracks straight ahead without any rudder dancing, taxi speed controlled by the throttle in Beta. For takeoff, throttle up to 50% Ng before releasing the brakes, then advance the throttle to desired power. Acceleration is brisk to exhilarating, quickly reaching rotation speed, about 85 knots. We climbed out at 130 knots, then lowered the nose for a cruise climb speed of 170, yielding about 1,500 fpm, and engaged the command bars on the PFD for hand-flying guidance. “My preference is to climb as quickly as possible to altitude,” Luy said, so we dialed 124 knots, or Vy, into the autopilot, and our ascent increased to between 2,100 and 2,200 fpm.

Handed off to Jacksonville Departure, we were greeted with the same reaction the briefer on the telephone had. “TBM 900 Alpha Zulu—are you sure you want to go to flight level Two Eight Zero?” Luy explained our flight-test mission, and our willingness to go in any direction ATC needed to keep us out of harm’s way, which led to a succession of course and altitude changes until we were finally turned eastbound over the ocean and cleared from FL250 to FL280.

Once at altitude, Luy let the autopilot pitch the nose down and build up airspeed until the TAS settled at 325 knots. ISA temperature was plus 10, and we weighed about 6,600 pounds, some 800 below gross. Luy pulled out the POH and checked the numbers. “We’re beating the book,” he said, pointing to factory figures that indicated an expected 320 knots and a 60.2 gph burn for our conditions. (We were burning 62 gph.) “Let me take a picture so I can show people,” he said, pointing his iPhone at his PDF. “People don’t believe me.”

We didn’t time the climb, given all the intermediate stops and changes of direction, but the company says the TBM 900 can reach its 31,000-foot service ceiling in under 19 minutes. With the airspeed performance verified, Luy wanted to show off the TBM’s maneuverability at altitude, so we disengaged the autopilot and hand-flew, banking and turning as much as we could on an IFR flight plan. FL280 is the highest altitude an aircraft can be legally hand-flown. Above this, RVSM rules apply, and the autopilot must be engaged. Rudder and aileron authority remained crisp, with no mushiness to the inputs.

“It’s like a six-place P-51,” de Segovia said from the back seat. I was wearing a headset though he wasn’t, yet I still heard him, bringing home another improvement in the 900. Noise levels in the cabin and outside have been reduced significantly.

We hadn’t been eastbound long, but by the time we asked for lower and turned around for a direct to 28J, the coast of Florida appeared far in the distance. Rather than the typical 1,500- to 2,000- foot descent rate, we went for a more extreme angle. Pushing the nose over and triggering a maximum speed alert at 260 knots indicated, our descent was some 4,000 fpm. Next, we pulled the power to idle and pushed the nose down to about 15 degrees, and our sink rate registered some 6,000 fpm. Had we wanted to get down faster, we could have dumped the gear. Gear extension speed is 178 knots indicated, as is the first notch of flaps.

Having seen the TBM 900’s high-speed performance, once cleared from 10,000 feet to 5,000 feet, we cancelled IFR and did power-on and power-off stalls. An aural alert, “Airspeed, airspeed,” preceded the stall horn’s whine. With the radar pod adding weight and drag to the left wing, the TBM breaks left on the stall. Though more pronounced than in a typical GA aircraft, there’s nothing unusual about the recovery, and holding full right aileron into the stall, which deploys the spoilerons, can almost keep the nose falling straight ahead. Luy, who has some 4,500 hours of TBM time, reports that the winglets add a little more stability at low airspeeds, making approaches and landings that much safer.

A thin, scattered deck extended over the area as we approached Palatka, so we descended to about 2,000 feet and entered the pattern with an overhead entry at 1,500 feet. Luy had already briefed me on the landing. Use about 20% torque on final, looking for about 90 knots over the fence. “Let it get into ground effect,” he said over the numbers, “then put the nose at the end of the runway, power back to idle, and let it float a little. When you have that instinct to pull back and flare, just let it settle.” Suddenly, we were planted firmly on the runway. “Beautiful. Let the nose drop. Pull the trigger, and put it in reverse.”

We did a 180 to back taxi, and here again, the TBM illustrated its maneuverability. Holding the left brake and taking advantage of the engine’s torque, the aircraft did a smooth 180 pivot. The 900 can not only take off and land in less than 2,500 feet at gross weight, it can maneuver around a tight ramp, too.

We did a second circuit at Palatka before making the 26 nm flight back to SGJ. We didn’t request FL280 this time, but given what I had seen of the TBM 900’s performance, with a good headwind, we probably could have made it up and back down within the distance. 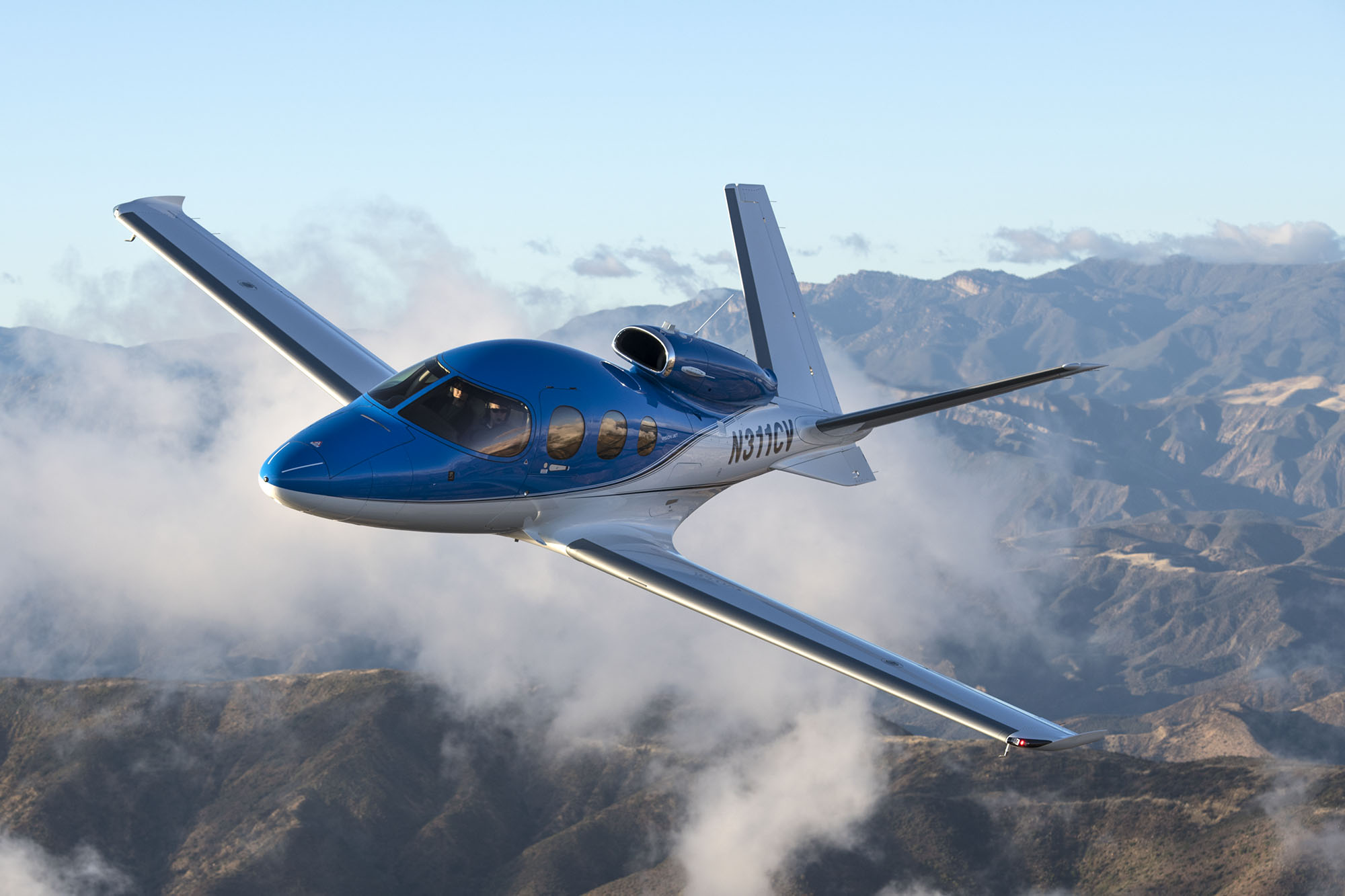