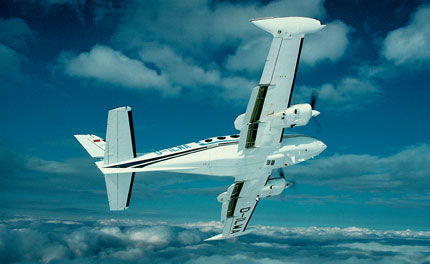 Safety has always been a tough sell. Ask Bruce Landsburg of the AOPA Air Safety Foundation. Landsburg has been in the safety business for 25 years, having worked for FlightSafety in Wichita, Kan., before moving to AOPA. “The sad thing is,” says Landsburg, “much of the time, safety consciousness is a direct result of an accident post-mortem.”

“In too many instances, pilots learn to fly, then stop learning until it’s time for their biennial flight review. It’s important to revisit those principles we all learned in primary flight training but may have forgotten,” comments Landsburg.

Some of the following may seem self-evident, but it represents realities too often ignored and truths too often forgotten. For more information on these and other subjects related to aviation safety, I highly recommend Barry Schiff’s series of books, Proficient Pilot, Vols. I, II and III. A retired TWA L-1011 captain, Schiff has been my mentor for 20 years and has forgotten more about flying than most of us will ever learn.

1 PREP BEFORE THE REV Many pilots assume that a proper preflight consists of merely walking around the airplane, checking fuel and oil levels and making certain everything is firmly attached. That’s only one of several aspects of preflight. In fact, there are at least four considerations of the preflight, three of which should happen long before you leave for the airport. Prior to taking the left seat, a pilot should determine whether he or she is physically and mentally up to the job of flying. This may be the toughest of the four tasks to accomplish, especially for pilots who have been flying for years and whose habits are locked in cement. Checking weather is such an obvious consideration, it should be automatic, but some pilots need reminding that weather at the destination may be nothing at all like that at the point of departure. The rule is, when in doubt, don’t go. Route planning is far more important than you might imagine. Some pilots who have been flying to and from most of the same places for years become unjustifiably cavalier about route planning. Always leave yourself an out by considering where you’d go and what you’d do if… Finally, once the other three considerations are satisfied, the last aspect of preflight is the airplane.

2 FEED ON SPEED “Maintain thy airspeed lest the Earth rise up and smite thee.” Airspeed is the currency of aviation. Speed is, after all, the reason most of us fly. If we’re doing it right, we rotate, lift off, climb, descend, approach and land by strict adherence to airspeed limits. Most pilots know the easy numbers for their airplane (VY, VX, Vne), but how many know the others—Vr (rotate), Vle (landing gear extended), Vfe (flaps extended), Vso (gear and full flap stall—61 knots or less on most certified piston singles), Va (maneuvering speed), etc.? How many understand the relationship between weight and maneuvering speed? (Va decreases as weight decreases.) How many know the two best glide speeds, distance and endurance, respectively?

3 MAXIMIZE MINIMUMS It may seem self-evident, but minimums should be treated as exactly that—minimums. Don’t assume that IFR minimums are simply guidelines from which you can deviate as situations dictate. If anything, minimums often can be a little low for conditions, rather than too high. Under some circumstances, many pilots, this one included, will add 100 or 200 feet to the published MDA or DH, especially when there are obstacles around, unstable weather or other extenuating circumstances. The airport at Narsarsuaq, Greenland, is at the end of a 42-mile-long fjord, completely surrounded by mountains, and the only published approach, an NDB-DME, has minimums of 1,800 and four. Personally, I wouldn’t even consider shooting that approach. I’ve come up the fjord using the cloud break procedure in VFR conditions, descending beneath the clouds over the water west of the island and flying to the airport visually, but I’ll leave hard-IFR approaches into Narsarsuaq to braver souls.

4 THE 4-1-1 ON 9-1-1s Just because you’re familiar with emergency procedures in one airplane, don’t assume other similar airplanes use the same checklist. Know the emergency procedures for your specific airplane. Contrary to what you might think, emergency rules differ from one airplane to the next, and you need to know exactly what provisions apply to the airplane you’re flying. For example, everyone knows one of the first things you do in a twin if an engine quits on takeoff is clean up the airplane, right? Not necessarily. The Cessna Skymaster manual suggests you leave the wheels down following an engine failure near the ground, as opening the gear doors in the belly introduces a temporary climb loss of several hundred feet per minute. Better to wait until you’re well above the ground before you even consider hiding the wheels.

In addition, check out the emergency section of each plane’s POH. It includes emergency checklists with bolded items that should be committed to memory. Doing something as simple as this now could be a huge lifesaver to you later on.

5 WEIGHT AND BALANCE…AND BALANCE CG may be one of aviation’s most boring subjects, but it’s also one of the most critical. As one who flies regular international delivery flights at weights well over gross, I can attest that balance is, by far, the most important consideration of weight and balance. That’s not to suggest that weight doesn’t matter, but it’s possible to fly an airplane far over gross without losing control. I’ve flown airplanes at 30% above the recommended max gross weight (under the provisions of a special airworthiness certificate and a ferry permit), as much as 2,000 pounds over gross, and I know of one flight during which the airplane was operating at 100% over gross. Max Conrad, the pilot, acknowledged that the Comanche “wasn’t very enthusiastic,” but it was controllable. Load the airplane well outside the acceptable envelope and you may not even get off the ground. Similarly, a separate weight and balance may be necessary both before takeoff and before landing, as the CG may shift aft as the fuel is burned off. The Bonanza family of singles can require two weight-and-balance calculations if you hope to depart and arrive inside the CG.

6 CHECK MATE Like weight and balance, checklists aren’t very exciting, but they can save your life. As with most pilots, I was taught to use checklists early on, then drifted away from them as I became older, more experienced and less intelligent. A few years ago, I began flying medium twins and turboprops on a more regular basis and was dragged, kicking and screaming, back into using checklists. There’s little question that life becomes far easier once you know you’ve covered every item on the checklist, really covered it, not just paid it lip service with a rote call and response procedure. No, a checklist isn’t a guarantee you won’t have problems, but at least your error is less likely to be one of omission. Again, the aircraft’s POH is a good resource to go to for any checklists you might need, from engine startup to shutdown.

7 REIN IN YOUR HORSES Your engine is your best friend. Treat it accordingly. Personally, I’m a big fan of GAMIjectors and engine analyzers and any other device that will improve performance and give me more analytical tools in my Mooney, but I realize renters may not have many choices in engine-analysis equipment. With or without all the goodies, it’s important to remember that normal operating procedures for each engine may be dramatically different, even within the same make, horsepower and model. Differences in cowling fit, induction systems and other factors may affect operating procedures. Use of fuel pumps and cowl flaps, engine-leaning techniques, climb power settings and a dozen other procedures vary with different manufacturers, so once again, it’s important to make certain you understand the specific operating procedures for your engine.

8 RISE TO THE OCCASION Altitude is the ultimate equalizer. In keeping with the old saying “The least valuable things to a pilot are altitude above, runway behind and fuel in the truck one minute ago,” altitude heads the list of safety requirements. Nearly every parameter of flying gets better at higher altitude. No matter what the glide ratio, the safety margin is improved with a wider pad of air between you and the ground, and out west, high altitude is a necessity to avoid running into the rocks. Thinner air up high presents less resistance to the airplane, so cruise speeds are higher. As you climb away from Earth, engine power decreases, and the positive aspect of that is fuel burn decreases. Colder temperatures at high altitudes keep the engine happy, but heaters are installed in most aircraft to keep pilots comfortable and generally work better than air conditioners (not often available in most singles and light twins). Communication and navigation radio range increases up high as well, although most radio navigation these days is being delegated to GPS.

9 THE LONG AND SHORT OF IT There aren’t many acceptable excuses for not using all the available runway. Okay, it’s probably true you’ll only clobber things up if you insist on using all 12,091 feet at LAX in your Cessna 150, but most of the time in most airplanes, there’s no excuse not to use all the asphalt. Thirty years ago, when I was working on my twin rating, my instructor, United Air Lines captain Gary Meermans, used to guarantee me that I’d lose an engine any time I accepted an intersection takeoff. His argument was simply that I’d feel like a complete idiot if I departed from an intersection, had an engine failure and ran off the end of the runway by 50 or 100 feet when I could easily have stopped in the available space if I had only used the entire runway. (Gary also used to suggest I had better maintain the centerline or I could expect an engine cut on the off-center side.) These days, I flight-test Cessna 300/400s, Dukes, Navajos, Barons and miscellaneous other models for a large maintenance facility in Long Beach, Calif., and I always insist on using all of the longest runway, even if the only maintenance was changing the oil and pumping up the tires.

10 THE DETRI “MENTAL” SIDE It may seem unrealistic to suggest that pilots should remain calm in the face of adversity, especially when they’re hurtling through the void at 200 to 300 fps or more, but the reality is you’re far less likely to survive the inevitable threesome of problems if you lose your cool. The majority of aviation emergencies don’t demand immediate action to save the day. Unless you’re at risk of losing control or hitting the ground, you should have time to take a few deep breaths, fly the airplane, get out the book or checklist, and work out the problem. Don’t be in such a hurry that you immediately transition to flail mode. You’ll only compound your problems and fears.