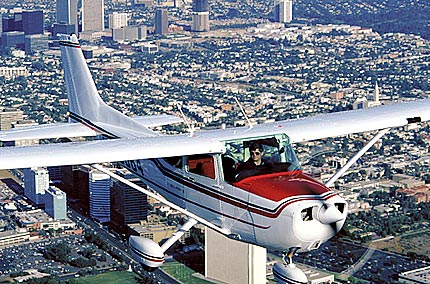 Ask any pilot about the danger zones of pilot experience and most will give you a blank stare. Ask Bruce Landsburg of the AOPA Air Safety Foundation or veteran instructor/aviation journalist Rod Machado and you’ll receive intelligent, informed answers.

“As you might expect, newbies make more mistakes and wind up wrecking airplanes with greater regularity,” says Landsburg. “In general aviation, we see a disproportionate number of accidents between 80 and 120 hours, 15 to 40 hours after most pilots earn their private tickets and stop flying with instructors.”

“The military has done studies that suggest their pilots go through another danger zone at about 500 hours, becoming over-confident and feeling invulnerable,” Landsburg continues. “Beyond that experience level, there doesn’t appear to be much correlation between hours and accidents. Military pilots recognize the risks because they’re flying closer to the edge to accomplish their mission, and they’ll sometimes lose friends or see them taken off flight status or even discharged if they develop danger-ous habits.”

Rod Machado is a CFIIM with some 8,000 hours of teaching experience, and he feels the list of offenses hasn’t changed much over the years. Like any good instructor, Machado is curious as to what motivates pilots to fly dumb, and as a trained psychiatrist (along with all his other talents), he has examined the pilot mentality at length.

Machado attributes the most common pilot errors to a lack of proficiency. “Pilots don’t properly assess the loss of proficiency and decision-making processes that result from not having recent flight experience,” says Machado. “This partially explains why pilots might not be as capable as they thought while handling a crosswind or why they might feel they’re swimming in glue during a complex instrument approach or emergency.”

Modern aviators make many of the same mistakes their predecessors have made since man taught fabric, wood and metal to fly. Here’s our inevitable list of 10 (not seven or nine) stupid pilot tricks, in no particular order. Avoid these mistakes, and you’ll find few others to make.

1 VFR into IMC
Contrary to what you might expect, few pilots suffer the consequences of a weather accident because of thunderstorms or ice. While there’s little question such meteorological misery can present dangerous situations, it doesn’t contribute to many accidents. More often, weather accidents occur because instrument-qualified pilots in non-radar environments make a mistake on their position and hit something they didn’t know was there, and non-IFR pilots simply lose control of the airplane in hard-IFR conditions. Too much of the time, instrument accidents are no more complex than a pilot flying a perfectly functional airplane into the ground. In accident parlance, that’s called CFIT (controlled flight into terrain).
Advertisement

According to Machado, pilots too often become mission-focused. “They become determined to complete the flight, even if the weather is outside their parameters,” Machado explains. “They lose the ability to properly assess conditions that might make a more reasonable pilot turn back. It’s always possible to fly into weather you don’t expect—forecasting isn’t an exact science—but too often, pilots ignore the warning signs, act as if they’re operating a mini-airline and feel they have to complete their flight, no matter what,” says the instructor.

2 Low-Level Maneuvering Flight
Obviously, the likelihood of an incident increases in direct proportion to an airplane’s proximity to the ground. That’s exactly the situation that results in a high incidence of low-level maneuvering accidents. These are characterized as stall/spin accidents, the most common result of an approach that’s too slow or too tight.

Ignoring wind shear (a dangerous, but uncommon hazard), low-level maneuvering accidents most often occur because a pilot approaches at too low an airspeed or turns too tight, too close to the ground, with no room for recovery. Tight, steep approaches may be fine for Navy pilots chasing a carrier, but they can be bad news for a Skyhawk.

3 Deliberate Buzz Jobs
No question about it, speed is exhilarating. It’s the reason many of us fly. Unfortunately, the perception of speed increases the closer we are to the ground. That’s probably what encourages pilots to indulge in buzz jobs.

It’s one thing to drift along 50 feet off the deck over the relatively deserted plains of Kansas. It’s quite another to try the same trick over downtown Dallas. Never mind that it’s often (not always) against regulations to fly super-low, it’s nearly always ill-advised unless you’re dusting crops, flying pipeline patrol, game counting or herding sheep over the Australian outback. We may not always agree with every FAR, but the ones dictating a 1,000-foot minimum altitude over a heavily populated area and 500 feet over a rural area are simply common sense.

4 Botched Takeoffs
One takeoff and one landing are mandatory for every flight, but pilots find novel ways to mess up both of them. Takeoff accidents can be especially risky since the airplane is accelerating and flying away from the airport, whereas landing accidents typically occur during approach while the airplane is decelerating and (most of the time) pointed toward the airport.

Impact loads increase as the square of speed, so for every two knots of acceleration, impact loads quadruple. In some respects, takeoff accidents should be less likely, as it’s not that difficult to merely clean up the airplane and maintain climb speed. Unfortunately, these accidents, thought to be technically less difficult, are statistically more likely to be fatal.

5 Landing Incidents
Accidents are fairly common in this phase because control and power response is diminishing rather than increasing. Modern airplanes fly best when they’re in their mid-speed range. They become progressively less responsive and controllable as they fly slower. Other factors that contribute to landing accidents are high-density altitude, short runways, too-fast approaches and just plain poor depth perception. The only good news is that the lower speeds generate lower impact loads and fewer fatalities than some other accident modes.
Advertisement

Landing accidents often devolve to poor low-speed control, ineffective crosswind technique, misjudging the flare height, landing long on a short runway or overcompensating by landing short. Even when an airplane is firmly on the ground, control of a tricycle or taildragger at 60 knots can be dicey.

6 Running Out Of Gas
Those of us who haven’t done it may find it inconceivable that anyone could possibly run an airplane out of fuel, but it still happens with alarming regularity. Landsburg says, “Pilots develop the equivalent of civilian target fixation and will overfly a dozen or more possible airports and keep stretching their range, only to land 200 yards short of the runway with nothing but high-octane air in the tanks.”

Airplanes can contribute to what’s called design-induced pilot error. We’re all taught to check the fuel tanks visually before climbing aboard, but that may not tell us much on some airplanes. Airplanes with high dihedral and the filler caps mounted far out on the wings won’t show any level at all when there’s still half-tanks aboard. Fuel gauges aren’t much better, especially on older airplanes, frequently indicating more fuel than there is.

The “get-there-itis” mentality that encourages overlooking a low-fuel situation is as pervasive as it is illogical. It frequently ignores the fact that an early fuel stop may have no effect on total trip time.

7 Preflight-related Mechanical Problems
Too many accidents occur because the pilot fails to perform an adequate preflight. This can be a special problem on rental airplanes, where the condition of vital components can change dramatically from one flight to the next. Owner-flown airplanes tend to be more meticulously maintained.

Then there are those things that pilots simply forget, problems that shouldn’t generate an accident, but pilots allow themselves to be psyched into overreacting. One of the most common of these is having an improperly latched door pop open on takeoff. The usual consequence is little worse than a loud noise and embarrassment, but some pilots hit the panic button and wind up crashing because of the distraction. Leaving a baggage door or oil door unlatched is similarly unthreatening, but pilots occasionally mishandle both situations. Failing to remove an external control lock can be more serious, although one pilot of a Cessna 340 overcame that by flying the pitch axis totally with electric trim.

8 Getting Lost
It’s hard to imagine how anyone could become lost these days with the proliferation of amazingly talented and economical portable GPS units, some as cheap as $400. Okay, it’s true they can’t be used for IFR, but they offer a level of accuracy and navigation talent equal to the best panel-mounted, TSO’d systems. Even without GPS or any VHF nav assist, navigation is among the easiest tasks in aviation. Back in 1927, Lindbergh proved that a combination of dead reckoning and pilotage can work well, even over a 3,610-mile, 33 1⁄2-hour flight. Yet pilots somehow manage to lose their bearings time and again on 100-mile trips.

Weather sometimes plays a role in what pilots refer to euphemistically as “temporary disorientation.” It’s easier to lose orientation in haze when you can’t spot the shopping center, freeway or railroad tracks.

9 Pilot-Induced Emergency Landings
Another category of stupid pilot tricks is related to pilot-induced engine failures. Aircraft owners and pilots who rent airplanes “dry” may try to duplicate book power settings and fuel flows and wind up running engines too lean, sometimes to the point of failure. Others misread or fail to check the oil level and run the engine out of lubricant, with the same result.

Some engines use an electric fuel pump for takeoff and landing; others will flood if the pump is left on. There are a myriad of mistakes possible, and if it’s possible, someone will do it.

10 Miscellaneous Dumb Stuff
This covers a multitude of sins, most of them non-life-threatening, but all too common: forgetting the keys, leaving the master on, failing to untie or unchock the airplane, etc. Many of these problems don’t generate accidents, but they harken back to poor planning.

For the vast majority of us who haven’t burnt out on flying or had one too many emergencies, flying is much fun, but it’s also serious business. Treated with respect, aviation is more than worth the minimal risks.