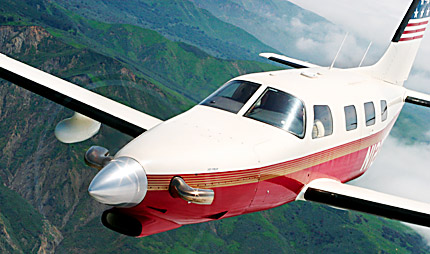 Ah yes, the first novel. It’s every writer’s dream to someday pen a novel. No matter what their medium—motion pictures, television shows, advertising, technical manuals or even magazines—nearly all who wield pens for their daily bread, and even some who don’t, aspire to author the next great American novel, to create their own characters, their own stories, even their own worlds.

Stuart Woods is one of the most prolific novelists of our time. Since he published his first novel in 1981, he has authored another 31 books. Fans of mystery and intrigue know the name “Woods.” In the last twenty-five years, he has completed a variety of mysteries, many involving murder, foreign schemes, politics and the CIA.

Following a publisher’s advice to create his tales around a recurring character (in the manner of Erle Stanley Gardner’s phenomenally successful Perry Mason hero), Woods created jet-setting, former N.Y.P.D. officer-turned-lawyer Stone Barrington as his principal hero. Other characters featured in Woods’ books include fictional U.S. Senator Will Lee and former Florida police chief Holly Barker. Worldwide, millions of his books have been sold, and you can read his novels in 15 languages.

The popularity of Woods’ books has turned him into a literary celebrity, and has afforded him a lifestyle that many of us can only dream about. He travels between his homes—in Key West, New York City and on a small island off the coast of Maine—in his JetPROP, which also carries him around the country on book tours.

Advertisement
This book, titled Chiefs, was a murder mystery set in a location Woods knew well—a small town in Georgia. Focusing on a mixture of politics and racial tensions, the book chronicled a half-century-long murder investigation in the Deep South.

Woods’ grandfather died soon after the writer began working on Chiefs and left him “just enough money to get into debt for a boat.” Woods’ obsession with sailing consumed him, and Chiefs was shelved, with only 100 pages complete.

With the money left to him by his grandfather, Woods had a sailboat built for him in Cork, Ireland. He then proceeded to take a shakedown cruise to and from the Azores before entering the 1976 Observer Single-handed Trans-Atlantic Race, in which he sailed solo across the Atlantic from Plymouth, England, to Newport, R.I. Woods made the crossing in 45 days, placing in the middle of the field, but doing so in the race’s smallest boat.

Eventually, however, Woods forced himself to sit down at the typewriter and finish Chiefs. “I was out of excuses to not finish it, and I had taken money for it, so I finally had to get to work,” Woods explained. When he sent Chiefs off to the publishers, it had taken him eight years to complete.

As a first novel, Chiefs couldn’t have been more successful. The book, released in 1981, won the Edgar Allen Poe Award from the Mystery Writers of America that year and went on to become a six-hour, television mini-series starring Charlton Heston and featuring Danny Glover, Billy Dee Williams and John Goodman. The success of Chiefs gave Woods the freedom to write more books. And, thus, a career was launched. (Woods’ first novel has been an enduring triumph, too. In March 2006, a 25th anniversary edition of Chiefs was released.)

With Woods’ first bestseller came a succession of powerboats and sailboats. However, the need to make frequent long-distance trips inspired Woods to look into faster modes of transportation. As a young boy, following World War II, he used to hang around Georgia’s Warm Springs Airport, and one day, a friend took him for a ride in a Piper J-3 Cub. He was hooked.

Soon after, he began taking flight lessons, completing 17 hours before economics forced him to quit. He joined the Air National Guard hoping to train as a pilot. Instead, he wound up in Germany in 1960, “flying a two-and-a-half-ton truck up and down the autobahn” during the Berlin Wall crisis.

Advertisement
It wasn’t until 1985 that the author was able to get back to flying. He received his private license in early 1986 and quickly realized he’d need an instrument rating if he wanted to use his new skill for on-demand travel. Accordingly, he earned his IFR ticket a few months later and, soon after, purchased a Cessna Skylane RG as his entry-level airplane.

Woods made the jump to turbocharging with a Beech Bonanza B36TC, which he flew to Colombia to conduct research for White Cargo, published in 1988. The Bonanza also ferried him across the North Atlantic from Gander, Newfoundland, to Shannon, Ireland, in 1991.

Pressurization was the next logical step, and there was only one piston airplane worth considering. Woods bought a 1994 Piper Malibu Mirage, and flew it for several years before deciding he wanted something with even more performance.

“I’d enjoyed my time with the Mirage, so the step up to a JetPROP seemed only natural,” Woods explains. JetPROP LLC (www.jetprop.com) of Spokane, Wash., replaced the Piper Mirage’s 350 hp Lycoming TIO-540 piston powerplant with a 560 shp Pratt & Whitney PT6A-35 turboprop. The result was a dramatic improvement in climb and cruise, plus engine TBO nearly doubled and reliability increased exponentially.

“I was primarily interested in the extra speed and the ability to climb quickly above the weather,” says Woods. “The piston Mirage could fly at 25,000 feet, but the JetPROP climbs much more quickly, and even though it burns more fuel, it partially makes up for that with 50 knots more speed.” Woods located an unusually sharp 1998 Mirage already converted to the JetPROP configuration and purchased it four years ago.

Since then, he has put 600 hours on the airplane, flying on book tours, research trips and for sheer fun. While he’s happy with his JetPROP for now, in the next few years he’ll probably step up to a jet. “The new VLJs are attractive, but the backlog is so long, I’d probably have to wait three or four years to get one even if I put in my order today,” Woods comments. “Sierra Industries in Texas is offering an interesting deal—fully overhauled and refurbished Citation 500/501SP models for $845,000, and that’s pretty attractive, about 100 knots better cruise.” At this writing, Woods has logged nearly 2,800 hours of flight time.

Considering the author’s busy travel schedule, it might seem that he has little time to write. Woods notes, however, that the best thing about his occupation is the ability to travel and write on the road. “I love the freedom. I can write anywhere—all I need is a couple of hours of solitude and a computer, and I can write a chapter. Since my work is portable, I can live anywhere I like.”
Advertisement

Woods’ two loves—the ocean and aviation—show themselves frequently in his novels, which feature numerous references to sailing and airplanes. His JetPROP’s registration, N123TF, often winds up as a reference in his books. “Since that’s my airplane’s number, I can be reasonably certain I won’t get any complaints from readers,” says Woods.

No matter where he is, Woods tries to write four or five days a week, usually a minimum of two to three hours a day. He typically edits the previous day’s work first; then, attempts to complete a new chapter on his current book. Once, when asked about how he’d developed his craft, he answered, “Writing is like singing—everyone can do it a little, and those who do it a lot do it better. For me, writing is a kind of magic and shouldn’t be questioned too closely.”

We caught up with Woods in Santa Monica, Calif. His newest Stone Barrington/Holly Barker novel, Dark Harbor, had just been published, rocketing to number two on the New York Times Best Sellers list in its first week.

Woods was halfway through a 22-city public appearance/book-signing tour. In view of his schedule, the JetPROP’s 250-knot cruise speed was practically essential to his mission. Though his typical stage lengths rarely exceeded 600 nm, Woods feels that the JetPROP is nearly ideal for his current needs, offering maximum two-and-a-half hour legs between cities.

Woods and his girlfriend had just flown in from Tucson, Ariz, and after two days at the Los Angeles Times Book Fair, the author was on his way to Monterey, then San Francisco, then a half-dozen other cities before returning home to New York City. After recovering from a month on the road, Woods is considering another trip to Europe, this time in his JetPROP, routing up through Greenland and Iceland. The first stop overseas will probably be London. “England is my favorite country, and London is my favorite city,” the author explains.

Woods has optioned several of his books for motion picture or television movies, but, so far, only Chiefs and Grass Roots have made the transition to the small screen.
Advertisement

Woods says he has another novel, Short Straw, scheduled for release in fall 2006, and thinks he probably has “another 15 or 20 books left to write.” That means the author will probably be back in the sky, crisscrossing the country to promote the new book come October. “I try to finish two books a year, so I know I’ll probably be writing for at least another six or seven years before I retire, if I ever do. But I can almost guarantee I’ll never stop flying.”