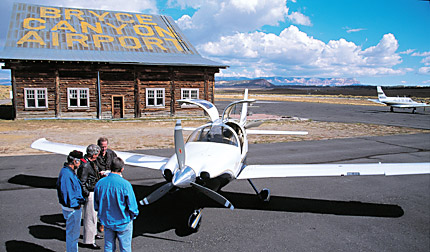 Putting the pieces together

It’s probably the toughest decision a pilot must make, and it’s often tainted by factors that shouldn’t even be considered. To paraphrase the Bard, “Go or no go, that is the question.”

Be honest now. How many times have you allowed non-aviation factors to influence your decision to fly? I must plead guilty to having erred on both sides of the decision, not once but several dozen times. Once, while ferrying a Cessna 340 from Germany to the United States in the dead of winter, I got stuck in Iceland because of strong headwinds. I waited four days for the winds to die down, spending $150 per night of my own money on a hotel. When the winds didn’t abate on the fifth day, I took off and headed west anyway, hoping the wind forecast was wrong.

It wasn’t. I was forced to return to Reykjavik after just 1.5 hours. All I accomplished was burning up $400 of avgas, again on my own nickel. Needless to say, I wound up in the hole on that trip.

Another time, shortly after I began ferry flying 30 years ago, I sat in Gander, Newfoundland, with a new Seneca III for three extra days. Unlike my Icelandic adventure, this time I was simply scared. There was no real reason not to go. I just had a bad feeling. I finally mustered up my courage and departed. The 1,750 nm crossing to Shannon, Ireland, went fine. Dumb premonition…or was it?

I like to think I don’t make the same mistakes more than four or five times these days. Instead, I look for new ones. One thing I’ve learned not to do any more is allow financial considerations to influence go/no-go decisions (at least not too much).

Obviously, I’ll never know what might have happened in those instances when I didn’t go. An excellent instructor, United Captain Gary Meermans, used to counsel me that, “If you elect not to go, I absolutely guarantee you won’t have any trouble with weather, the airplane, passengers or anything else.” Yes, you do lose the utility of the airplane if you choose not to fly, but that’s pretty much all you lose. If you choose to go when you shouldn’t, the consequences can be considerably more severe.

As a result, I’ve formulated a mental checklist that’s a mere five items long. I try to do a totally objective analysis on each of these points, then ignore the result and make my decision based on pure emotion. Seriously, I’ve found this mental exercise can make the decision a little easier.

One small caveat: This checklist works fine for me. It may not work for you. I fully expect to receive e-mails from readers suggesting another two or 20 considerations, and they could all be valid points. For what it’s worth, however, this is my basic, condensed, go/no-go checklist, evolved over 40 years of brilliant decision-making and really dumb mistakes.

1. The Pilot This may (and certainly should) trump all other considerations. Before you start worrying about the other factors associated with a trip, you should first consider whether the pilot (presumably you) is up to it. This means much more than simply being legal; having the proper license, medical, ratings and necessary hours; and satisfying recency requirements.

Are you physically and psychologically ready for the flight you have in mind? The physical requirements may go well beyond the simple third- or second-class medical. When safety is involved, the FARs become an excellent set of guidelines, but they’re a secondary consideration to common sense.

I once flew a winter crossing to Helsinki that I had no business making. From the moment I left California to pick up the new Piper Saratoga SP in Florida, I was sick with the flu, yet I pushed on north through Maine and Canada into minus-20-degree F weather, reasoning that it would all be over in a few days. Of course, I got stuck in Goose Bay because of the weather, and what was planned as a four-day trip turned into an eight-day journey. I also wound up spending an extra week at the Holiday Inn, Helsinki, fighting what had by then become a little less than pneumonia. I’m lucky. At least the weather in Iceland and Finland wasn’t on the ground as it often is in winter. I might not have been up to handling truly inclement conditions.

Physical ills aren’t the only potential threats. If you’re stressed out because of family concerns, business, money problems or anything else and you can’t keep your mind on the task at hand, you might be better served to forget it. Flying may not always be nuclear brain surgery, but it can demand quick decisions and a clear head.

Twenty years ago, I often flew an Aerostar for an attorney who was an excellent pilot; he was checked out in his airplane and was perfectly capable of doing his own flying. He was smart enough to realize, however, that he couldn’t (or at least shouldn’t) fly an hour or three to his deposition or court appearance, spend a day in the legal profession, then shift gears and become his own corporate pilot for the trip home.

2. The Airplane Once you’ve determined that you’re up to the task, you need to surmise whether or not the airplane is equally qualified. You’ll obviously want to determine that the ARROW checklist is satisfied (airworthiness, radio license, registration, operating limitations, weight and balance), the airplane’s annual is current, the pitot static check is up to date and that all the other technicalities are taken care of.

Be sure that there are no squawks that could shorten your flight, a special consideration if you’re renting someone else’s airplane. For example, an inoperative transponder/encoder is cause to cancel a flight into or out of Class B airspace. If you’re flying your own machine, you’re liable to be more familiar with its little foibles, but don’t get so comfortable that you accept squawks when you shouldn’t.

3. The Weather Here’s where so many pilots fall on their swords, or so it seems. I know I have (almost) at least a dozen times. Fortunately, in all those cases, a combination of 10% amazing airmanship and 90% blind, dumb luck has kept me from becoming a statistic. The unfortunate reality is that, too often, even moderately marginal weather may mask other accident causes.

Some pilots go to extremes in one direction or the other; perhaps canceling a trip because there’s a cloud somewhere in the four-state area or charging off into truly nasty weather well beyond their capabilities. We all know weather briefers are paid to be pessimists (it seems I hear “VFR not recommended” about every other briefing), but you’d be a complete idiot to ignore their advice. When things are marginal at my proposed destination, I’ll sometimes ask the briefer, “Where is it good?” What’s the closest alternate where the weather is pretty much guaranteed to stay VMC?

Entire books have been written on the subject of weather judgment, and I won’t attempt to one-up any of those authors in a few paragraphs. Intelligent weather judgment definitely demands more than a “When in doubt, don’t” philosophy, but most pilots should set their personal minimums well above the legal limits.

4. The Passengers If you’re flying packages from Des Moines to Sioux City in a Caravan, you probably won’t need to worry much about your cargo, but human passengers demand a little more attention. Since you’re the pilot in command, you’re responsible for your passengers, and that means more than simply delivering them to their destinations safely. A significant go/no-go concern is that each passenger is accorded a minimum level of creature comfort. (Wouldn’t it be interesting if the airlines adopted the same philosophy?)

If you’re planning to fly high, that means setting pressurization to the lowest practical level or assuring that each passenger has sufficient oxygen and knows how to use the mask before you leave the ground. It may also mean checking the individual intercom ports for proper operation so that you can communicate with your passengers. Proper ventilation and heat may also be important go/no-go concerns during extreme summer or winter conditions.

Perhaps the most significant factor of all may be reassuring your passengers that the normal functions of the airplane are, in fact, normal. If the airplane wallows and grumbles as the gear is extended or pitches up or down as the flaps go down, you should warn passengers of the condition. Should you have several nervous nonpilots among your passengers, it’s important to convince them that you know what you’re doing and that the airplane is functioning normally. Additionally, as a final hedge, you might want to carry a supply of sick sacks and Dramamine.

5. The Mission Finally, there are all those other go/no-go factors that I simply lump into this category. These include such seemingly obvious items as fuel availability, alternate airports, the presence of turbulence, destination consideration, butt tolerance, etc. Most of the time here in North America, the mere availability of avgas isn’t a problem, but that may change in the not-too-distant future as oil companies begin contracting supplies of relatively low-demand fuels. Many of the places I fly in the Pacific no longer stock anything but jet fuel because of the lack of regular piston traffic. Without volume, there’s usually no profit, and there’s little reason for an FBO to stock a fuel that won’t turn a profit.

Alternates deserve special attention during your go/no-go decision-making process. You may want to reconsider your flight if there’s a chance you won’t be able to land at your desired destination, especially if you’re on a business trip. Better to make a decision early on to leave the airplane parked than to press on into unacceptable conditions.

The decision to go or not go isn’t always easy. The unfortunate reality is that many pilots get into the mind-set that they’re going to make the trip no matter what the conditions. Apply a little objective (and some subjective) judgment to the choice, and you’ll probably make the correct decision.