The world is getting faster and more vertical. Literally. The trend was on full display on Monday when Bell Helicopter made the first flight of its remarkable V-280 Valor. According to Bell, the new aircraft provides “unmatched agility, speed, range and payload capabilities at an affordable cost.” We’re skeptical about the “affordable” part, though aircraft price points are relative. 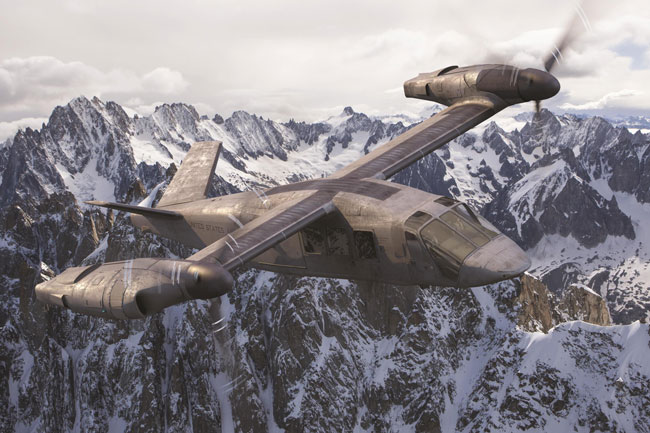 The rest of the argument sounds pretty solid. The V-280, the next-gen tilt-rotor, is fast, 280 knots at cruise—if you forget that speed, remember the name, and vice versa. Like a helicopter, it takes off and lands vertically, but the middle part of any trip is very different. The V-280 is not only twice as fast as the military’s next-fastest helicopter but with as much as 800 nm of range, it can travel twice as far as its nearest non-tilt-rotor competitor. With a useful load of better than 12,000 lbs., the fly-by-wire craft will give the United States military deployment options unmatched in the world today.

If Bell wins the DoD’s business, the government could take of as many as 400 of the craft within the next 12 years, a contract that could be worth as much as $100 billion…yes “billion.” But that might be getting a bit ahead of the aircraft’s progress. On Monday, its first flight, performed at Bell’s Amarillo, Texas, testing facilities, consisted of a 20-minute hover. It went flawlessly. Testing is ongoing.

The V-280 is different from its predecessor, the V-20 Osprey, in that it doesn’t swing the entire engine when it transitions from vertical to cruise flight (or vice versa) but rather just the huge props, cutting down on mechanical complexity, weight and drag. First transition flights, where the V-280 will go from hover to airplane-like flight, should be happening soon. We’ll keep you updated.