Every photographer’s work tells a story, and for the most talented, that body of images has a unifying character, a sense of how the artist sees the world and, by extension, who that shooter is. For West Seattle, Washington, resident Long Bach Nguyen, that world is one of contrasts—darkness and light, air and sand and sea, wild landscapes and urban geometry.

For years, Nguyen, who was born in South Vietnam and came to the United States in his childhood, has, as a professional landscape, aerial and travel photographer, captured the world from on high, amassing a stunning portfolio of images from around the world. But the subject of most of his work is the vast canvas that is Washington state, with its singular urban gem, Seattle, with its lights and spires and structures of concrete and steel and glass.

He shoots from a variety of platforms, though clearly the Beechcraft T-34 is his favorite, and his experience as a pilot is vast. After soloing as a Civil Air Patrol cadet in a Cessna 150 as a teenager, Nguyen has built a remarkable record of experience as a pilot, with 20,000 hours of flight time in a range of aircraft, from light singles to jets flying to every corner of the country and much of the globe. He is a corporate and professional demonstrator pilot in addition to his work as a photographer.

And he has continued to give back to the aviation world through his service flying search-and-rescue missions, locating eight missing aircraft and four survivors of those crashes over the years.

While Nguyen has photographed city and wild landscapes around the world, the work that we present here in Air to Ground III is of Washington state, which, with a landscape ranging from desert to forest to sea and sound, has offered Nguyen a range of visions to last a photographer seeing the world from on high a lifetime. —Isabel Goyer

Mount Stuart and the Cascades 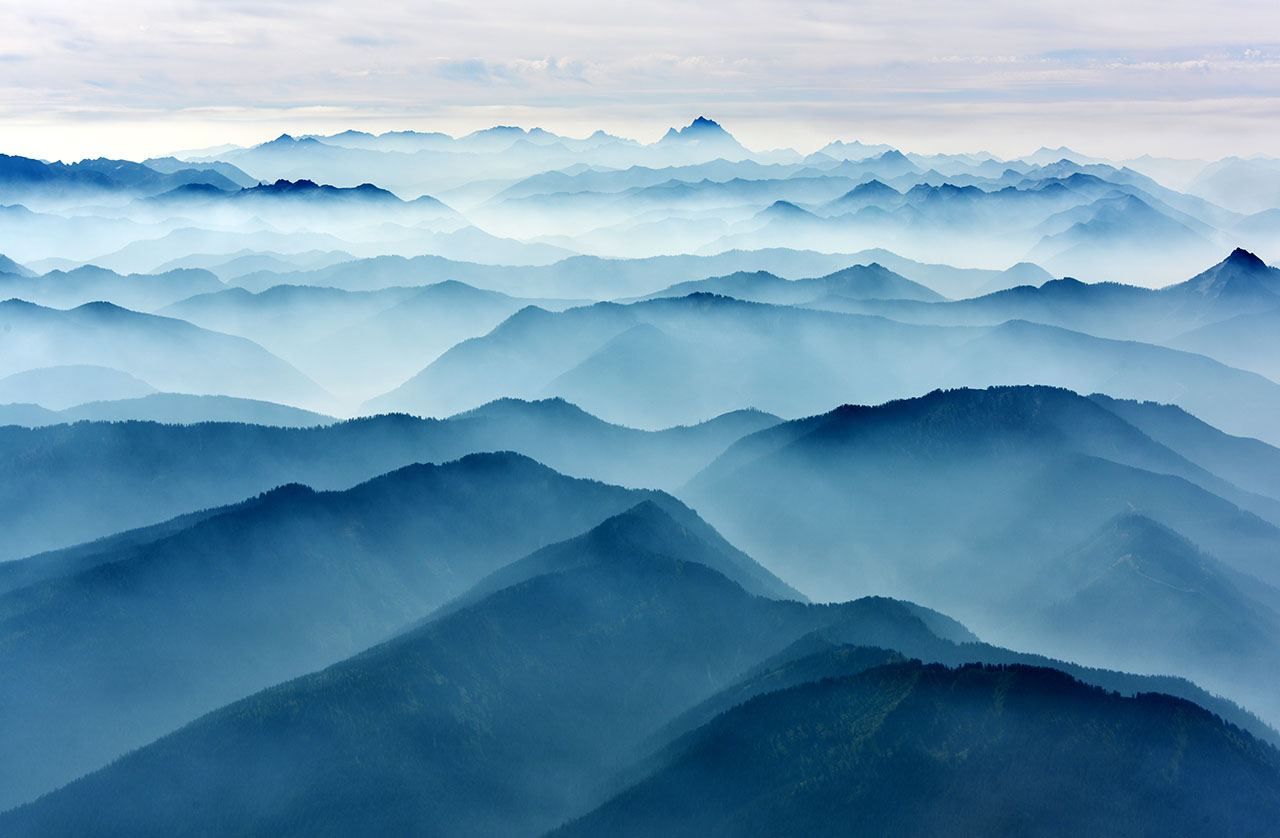 Nguyen captured the smoky blue silhouettes of Mount Stuart and the Cascades during a season of forest fires several years ago. Photo by Long Bach Nguyen

Photo Of The Week: Mountains From A Beech T-34

Air-to-Ground-II: Stunning Photography Of the Earth