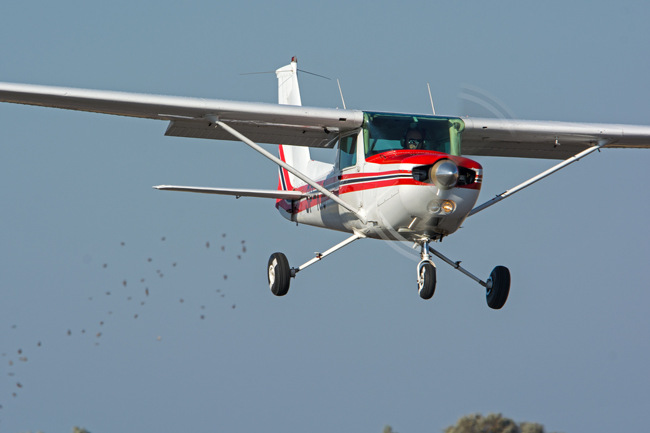 As the most successful civilian trainer ever built, the Cessna 152 is dear to the hearts of tens of thousands of pilots. Born in 1978 as a Lycoming-powered upgrade of the earlier Continental-driven Cessna 150, the 152 solved most of the carb ice problems of the earlier model and added 10 hp in the process, though the performance and operating differences were relatively negligible.

The 152 offered an empty weight of 1107 pounds against a gross weight of 1,670 pounds, leaving 563 pounds for fuel, people, and stuff. That turned out to be plenty, as most 152s rarely flew with a full 27 gallons of petrol aboard. Full fuel payload was 401 pounds, but if you left 10 gallons in the truck, you still had 460 paying pounds available. Optional long-range tanks boosted capacity to 37.5 gallons, but few 152s were so equipped.

CG was never much of a concern in 152s, since both occupants were seated directly on the balance point. Both pilots needed to be good friends, however, as the cabin was a snug 39 inches across.

Structural integrity and economy were especially important in the 152, no matter that the model’s mission has changed since it went out of production in 1986. It’s a tribute to the 152’s ability to bounce back (literally) that so many were flogged for 30 years as trainers before being retired to serve as short-range fun machines.

With a 95- to 100-knot cruise on 5.5 gph, Cessna’s ubiquitous 152 remains one of the easiest ways to break into aircraft ownership at minimum expense. Maintenance is generally simple, in perfect keeping with the aircraft’s design concept.

It’s hard to imagine another airplane as simple and talented in the flight-training role. If you’re eager to own a trainer or just fly for fun, the Cessna 152 is an excellent choice.

Just watch out for those ARC radios.