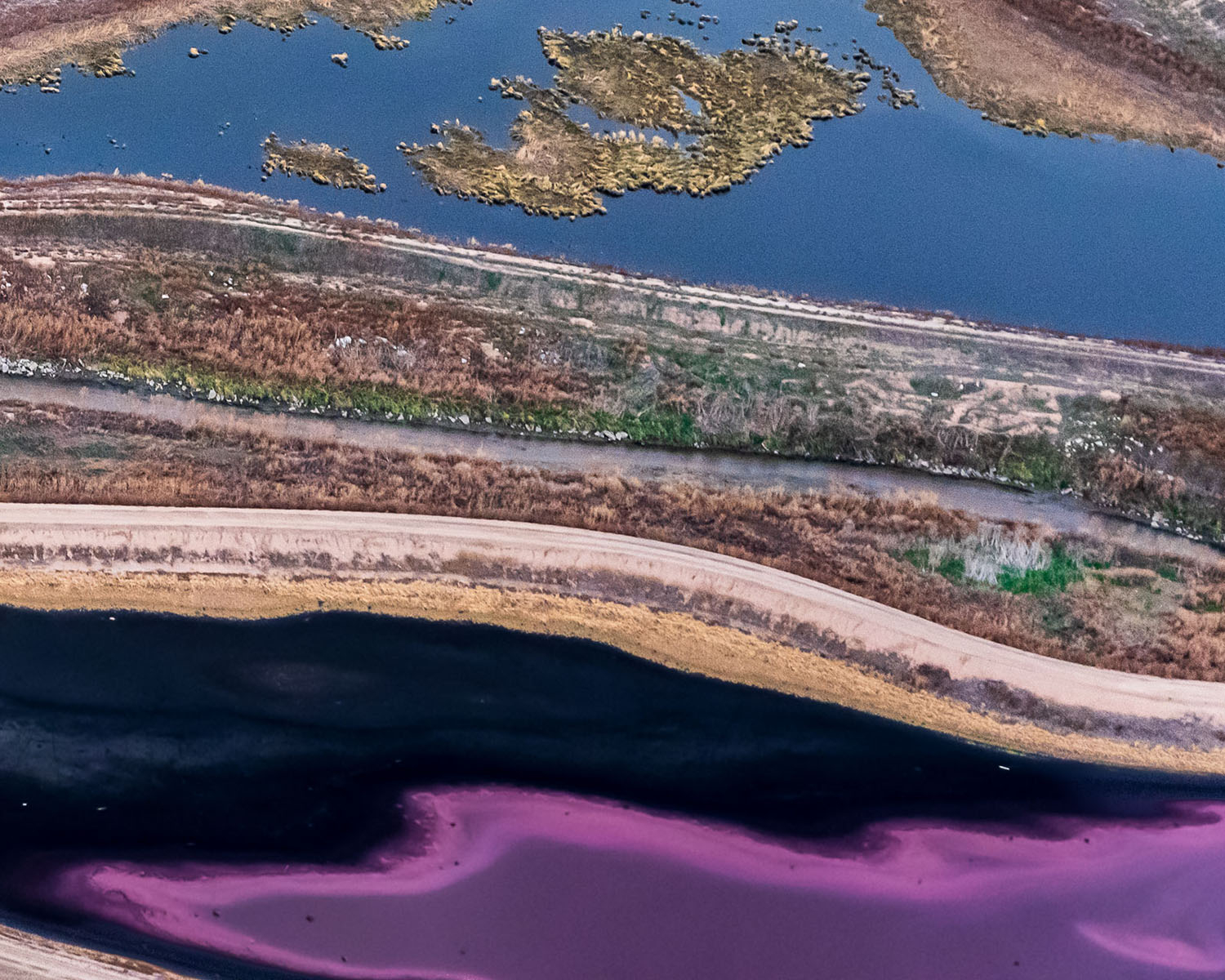 Purple sulphur bacteria in a settling pond in Colorado. Photo by Steve Zimmermann