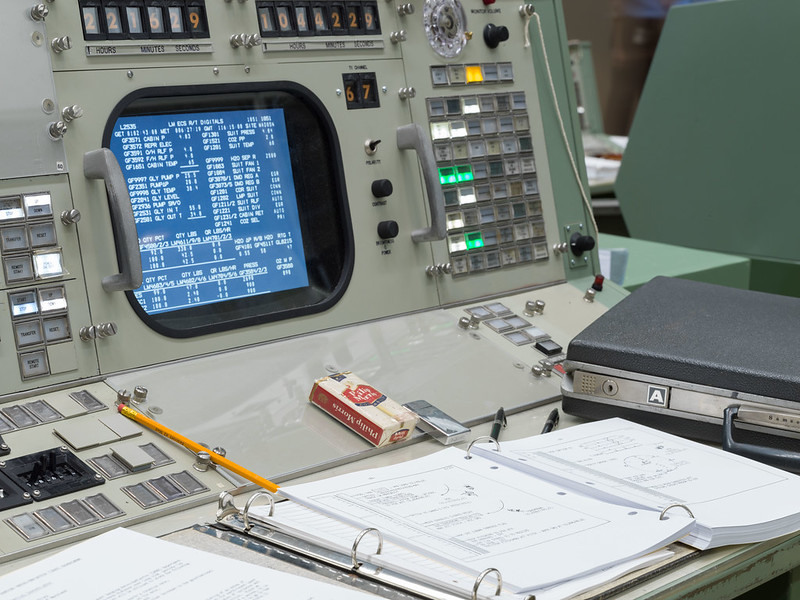 We love the way the restorers got it right down to the brand of cigarettes the controllers were smoking. Today? Don't even think about light up! Photo by NASA