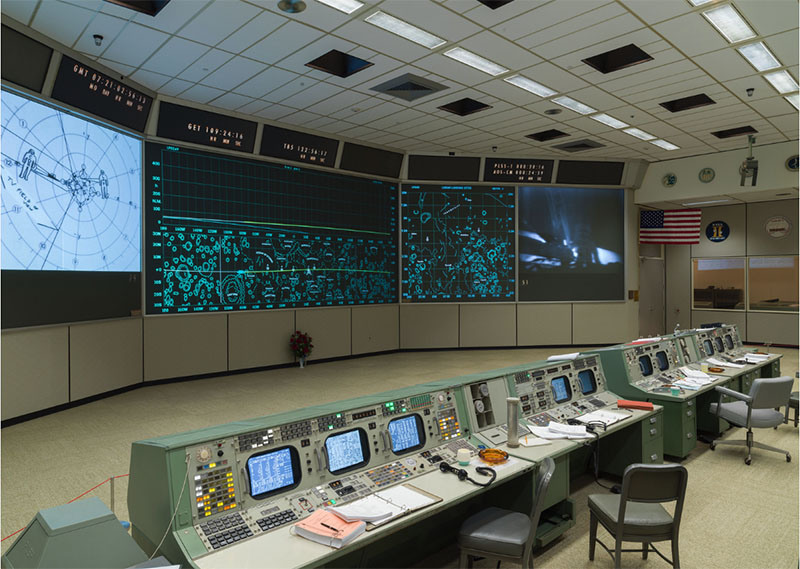 The room back in the day was kept dim so the controllers could more easily see the projections on the big screens in front of them. Photo by NASA