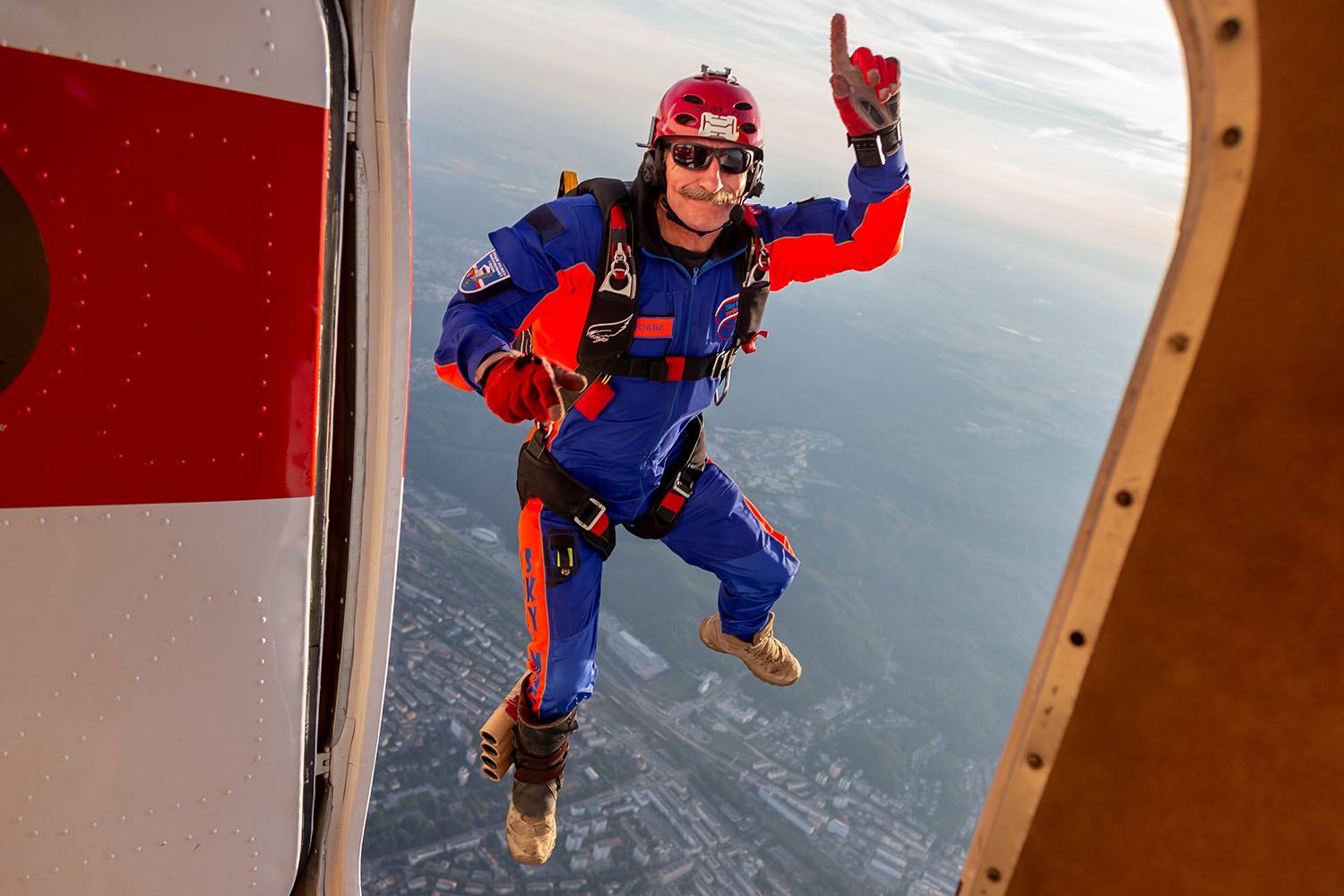 Filip Modrzejewski snapped this pic with his Canon EOS-1-Dx at the perfect moment as Janusz Druciarz, member of SkyMagic SkyDive Team, exited an Antonov AN-2 for an aerial demonstration at the AirShow over the Baltic Sea. SkyMagic is one of the best-known skydiving groups in Poland, specializing in the use of flares and other pyrotechnics. Note the flares attached to the jumper's leg!
Advertisement