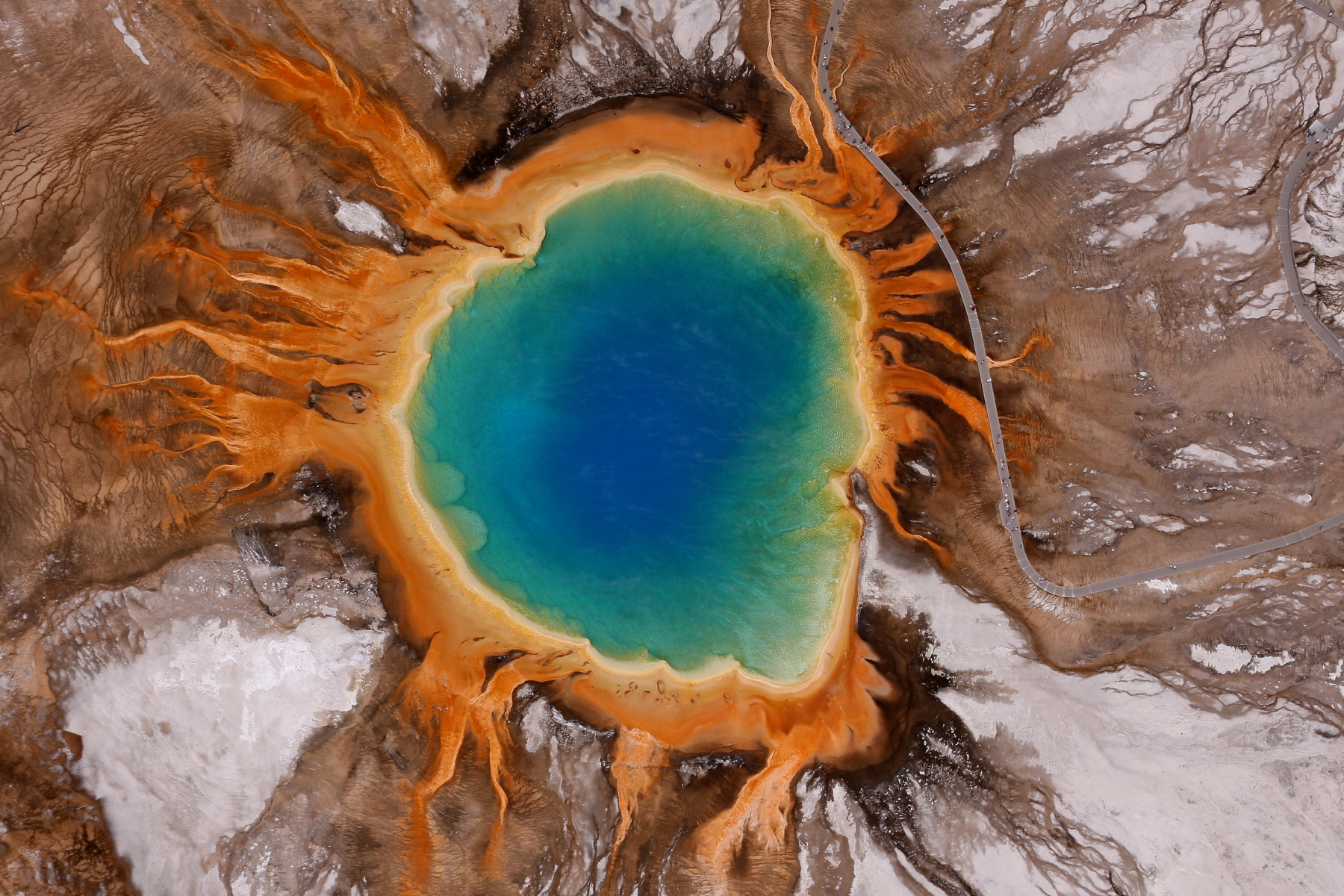 Ryan Lunde created this remarkable photograph of the Grand Prismatic Spring, the largest hot spring in the United States, located in Yellowstone National Park, Teton County, Wyoming. Lunde got the shot from his Aeronca Champ using a Canon 40D.