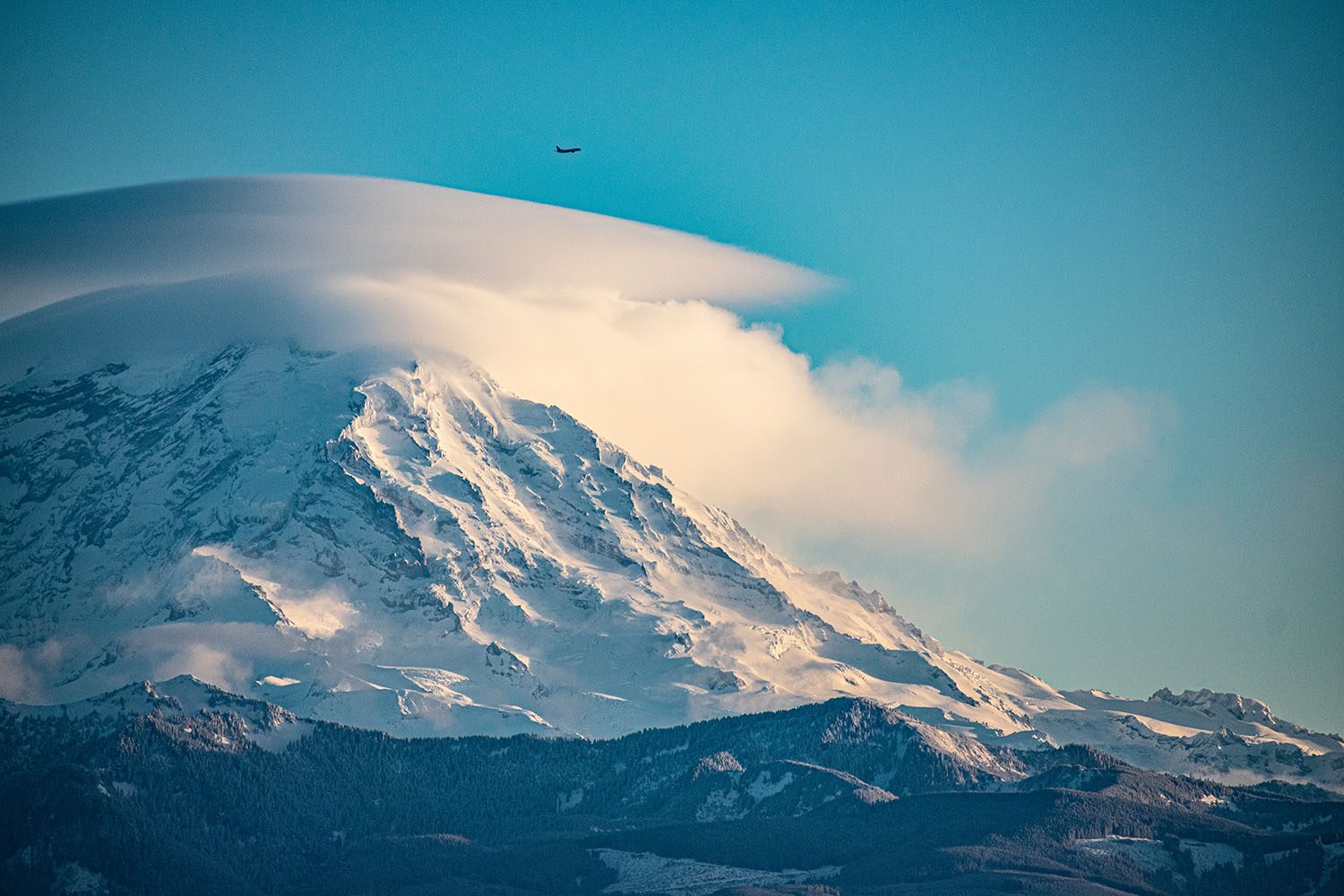 Joseph Poff caught this plane cresting Mt. Rainier and an impressive lenticular cloud on its way into Seattle, Washington. Poff, a pilot, CPA and musician, got the short from his backyard deck using a Nikon D3400 with a 70-300 mm zoom lens.
Advertisement